Botches Of The Week (December, 14)

The main event of Raw this week saw AJ Styles vs. Rey Mysterio, two wrestlers who are as good now as they were fifteen years ago. So why are they here?

AJ Styles was ready to counter a Frankensteiner into the Styles Clash but apparently Rey forgot and went all the way, resulting in this:

This is hardly the end of the world, no big deal.

…except the show had less than a minute left and AJ had to wait for Randy Orton to make his appearance before walking into Rey’s roll-up and the result was the pin-fall occurring while the WWE copyright logo was on-screen and the show literally going off the air immediately afterwards.

On the 12/11/19 episode of NXT, NXT UK’s Travis Banks showed up for some reason to wrestle Gunner Of The Forgotten Sons.

It was a long journey from the UK to USA and an even longer trip to A & E after he was bust open after a blocked suicide dive. 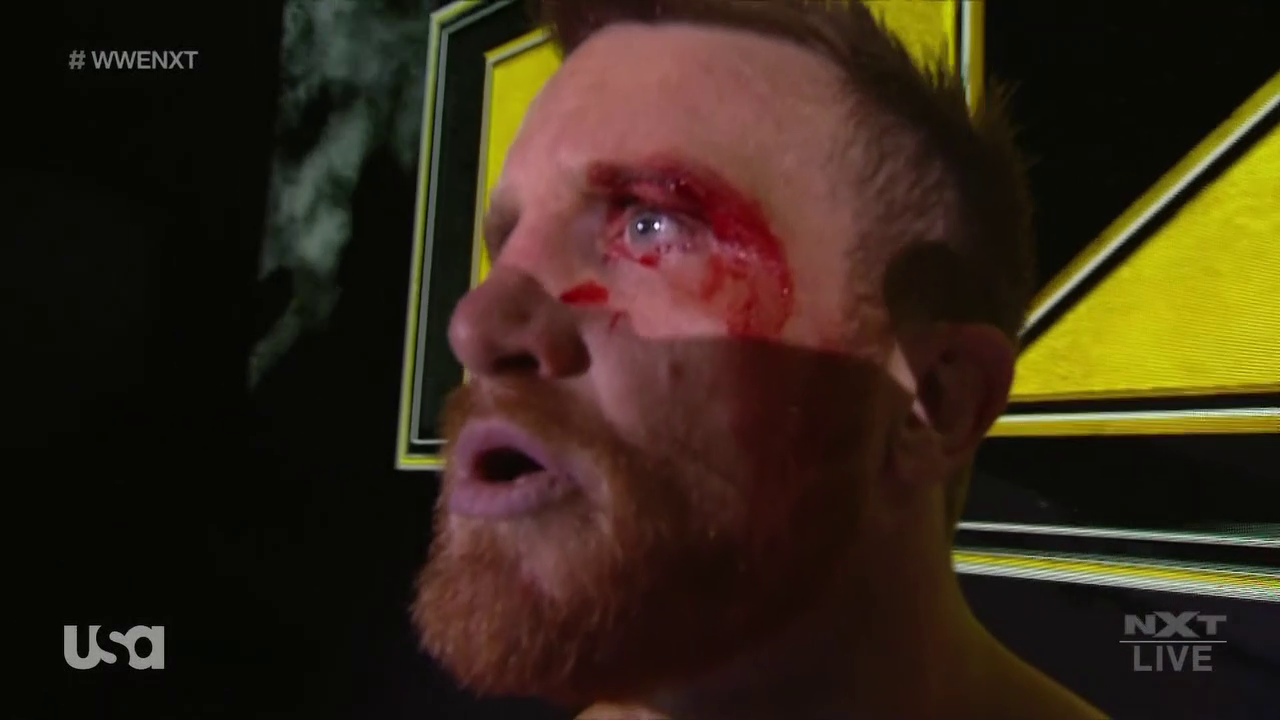 Myself and Tom Campbell love watching Classic Smackdown (which is why we have the podcast) and we love watching Al Snow reveal he wasn’t the technical wrestling wizard the IWC typed about for years.

Sent in via Chris Brooker (thanks Brookerman), here’s The Young Guns getting a bit carried away during their entrance at Future Shock Wrestling.

Alright, here’s the greatest Cage Of Death moment of all time (and I already typed up the description yayy)

Dec 12: On this day in 2006, Necro Butcher has enough of Justice Pain's recklessness and goes at him for real-real.

(Necro said in his shoot interview that he only stopped because Zandig gave him a DDT "and that was Jake Roberts move.") pic.twitter.com/9KRDeOVTua

For whatever reason, recapping classic ROH is taking off on Twitter and as a result we’ve been getting multiple reminders of how bad Mikey Whipwreck’s students were.

(This was all from one match btw)

…apart from his 50% chance of connecting headstand-into-Arabian-Press which even nice commentator Samoa Joe had to lambast.

How to destroy an ant Hill. pic.twitter.com/EqaOeaSuxZ

I’ve been Maffew, take care until next week.