1. Reyeyeyeyeyey Love You Very Much

On Raw this week we were treated to yet another sweet Rey vs. Andrade match, this time with the added gimmick of a giant ladder (the length of five Reys).

With the added height came extra risk, which Rey likes so he decided to use the belt-hanger for an attempted Big Ass Frankensteiner.

It kind of worked, if you ignore Rey bonking his head and seeing little Andrades flying around.

Luckily he saw the funny side.

On the 15th episode of Smackdown we got an epic encounter between the two greatest European Champions of WWF: D’Lo & Bulldog.

Sadly Bulldog is completely spent as a wrestler by 1999 so when D’Lo decided to try a Running Powerbomb he countered with what may have been a shoot Frankensteiner.

And by “shoot” I mean “D’Lo would have preferred it if he’d shot him.”

4. Kairi On Up The Khyber

And here’s Kairi Sane throwing her NXT Title instead of a hat.

throwback to the time @KairiSaneWWE accidentally threw the NXT title into the crowd pic.twitter.com/PMoxUZfGxv

GIF Skull highlighted a moment from AEW that may or may not have been nice to have shown out of context (it was near the end of the match and both wrestlers were selling tiredness) but a lot of people watch wrestling via twitter GIFs so I’m sure a lot of you saw this:

and thought of this:

Quick and dirty typo here that still hasn’t been fixed as of this article. 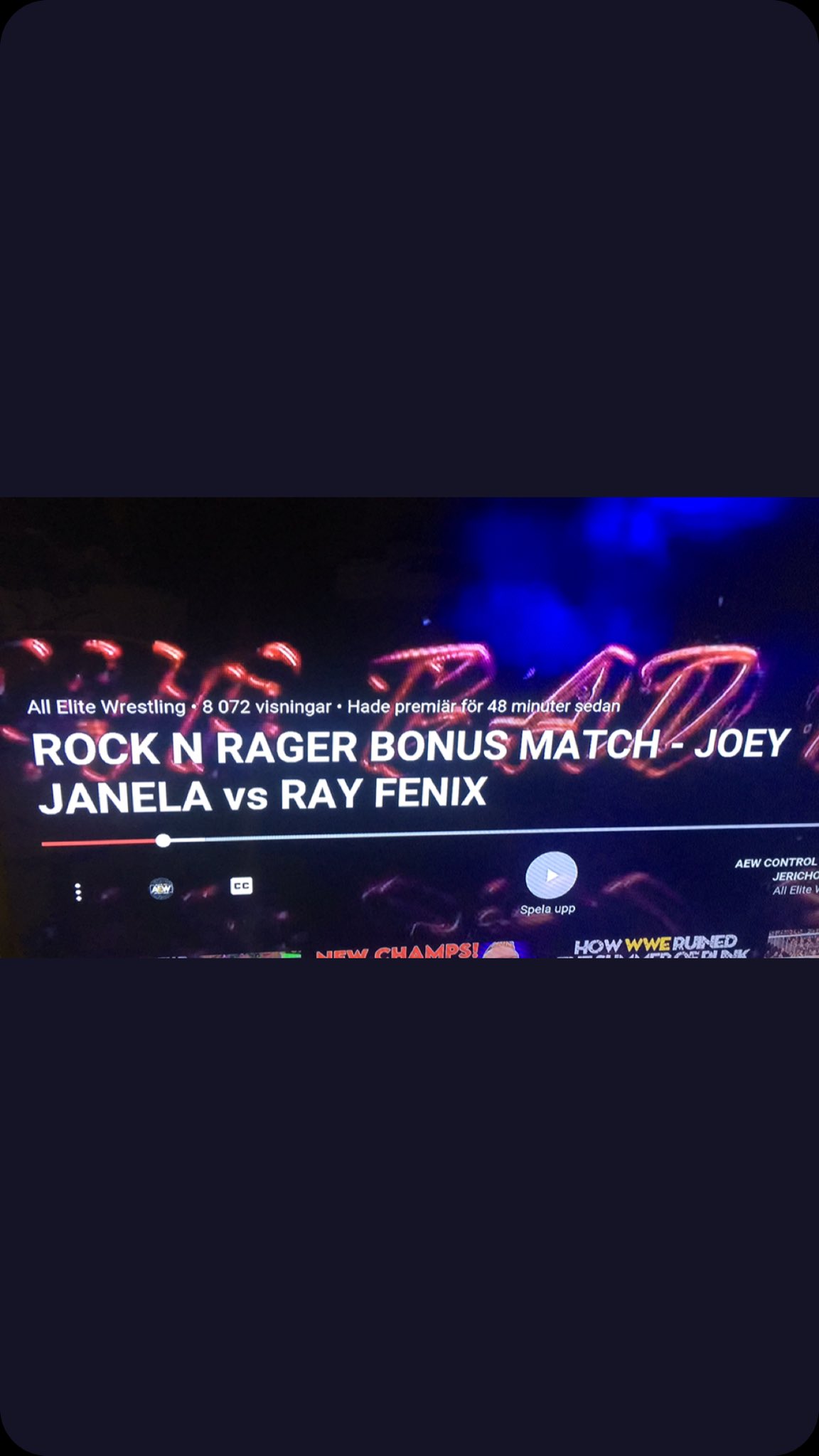 7. Homeboy you never SHUT UP

A rare NWA Powerrr botch (and no, Cornette’s not involved) and see if you can spot it yourself before looking at the caption.

@Maffewgregg don't know if you watch NWA Powerrr but this week's show had the worst EVERYBODY TALKS TO MUCH moment I've seen in a long time. "KICK ME HERE" [point point point] pic.twitter.com/YTtyTMAYr1

8. Blasting From The Pastin’

Alastair McKenzie shared a clip of the classic clip of Matt Hardy falling through the ropes thanks to errr whatshisname.

Matt Hardy falling over the ropes never gets old pic.twitter.com/2OGuFVl7Mn

And so Matt Hardy decided to comment and reflect!

Glad someone posted the longer version of this video. After @darewolf333 spontaneously decided to get on the ropes & accidentally threw me off balance, I showed some agility & landed on my feet on the floor.

I look & laughingly say, "WHY WOULD YOU DO THAT, PJ?omit_script=1"

I’ll make this one plain and simple: Jim Ross pulled a Vampiro.

AEW denied this of course but why let the truth get in the way of a good story.

I was late posting this week due to being in Sheffield so I’ll post something new and current and hopefully Wrestletalk won’t fire me.

WELL IT'S THE BIG AUSTRALIAN pic.twitter.com/2hKJudCcHK

I’ve been Maffew, WALTER is winning the Rumble.