1. That Was A Long Week Away

Yes, yes it was! I attended wXw 16 Carat and was unable to stick to my duties as Botch Gatherer for the week. I apologise for this oversight, here’s John Moxley swearing up a storm at the end of AEW Revolution.

HEY WHAT THE FUCK

(i'm making it up as i go along) pic.twitter.com/F1lqBbIPgN

Meanwhile on Raw, things were no better with the whole “stop yelling so loud” stuff.

Drew McIntyre sneak-attacked Brock Lesnar on the ramp and hit him so hard it made Brock (or an off-camera dude) remind Drew to get the title.

Drew McIntyre got caught up in the moment of beating down Brock Lesnar, but watch Brock tell Drew "pick up the title!" while he's selling, making sure they got the angle across properly.

Daniel Bryan took on Drew Gulak in a first-time ever match at Elimination Chamber in what was a MOTN Contender.

Sadly because we can’t have anything good in life, the match also had a fair amount of click-bait articles from others about how Bryan’s Balls were visible in the suplex to the outside and the back suplex off the top rope.

We’ve censored them here but are clearly visible if you want to go find ’em for yourself. And we don’t judge (much). 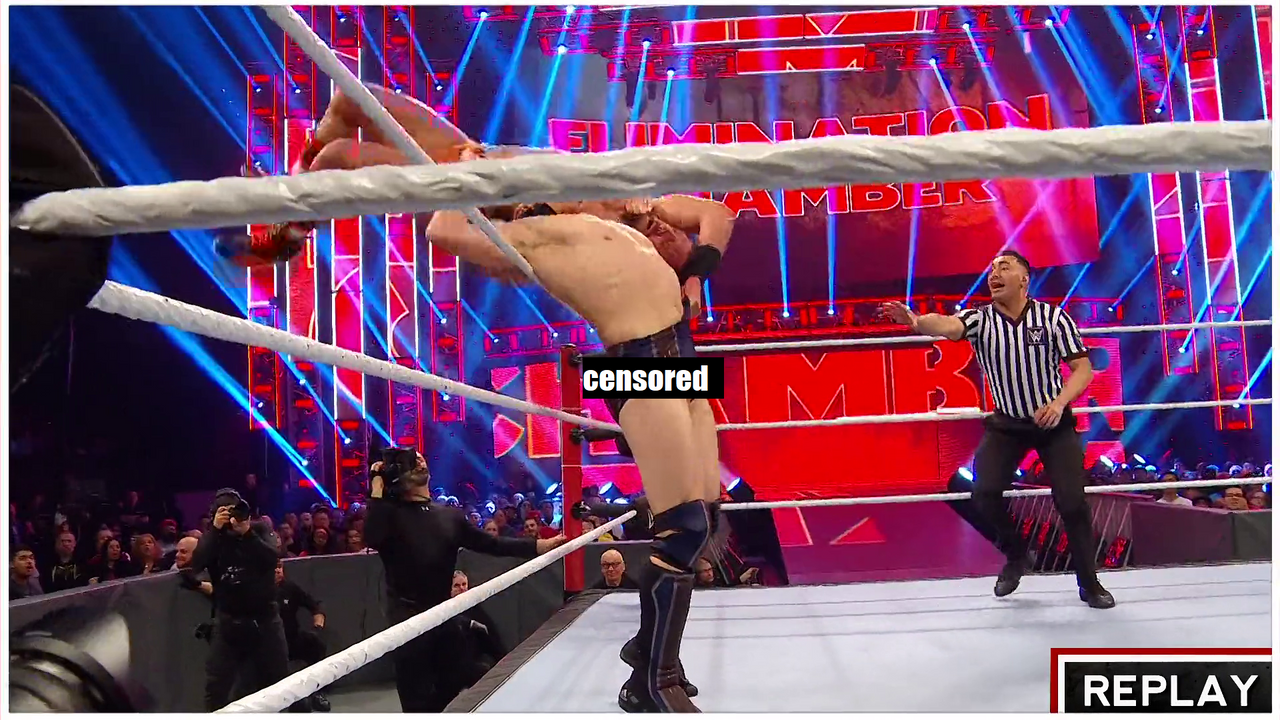 4. Pirates Of The Has-Been

Tommy Dreamer was so excited to see the announcement of AEW’s next PPV that he forgot to remove the watermark of the pirated stream he was using. 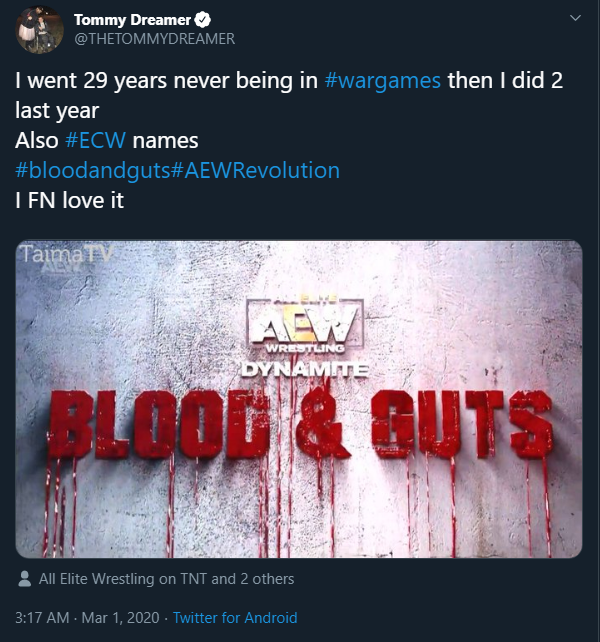 As the replies were quick to point out, Dreamer has been very open about his hatred of piracy over the years, but I guess it’s not that bad if it’s your money. 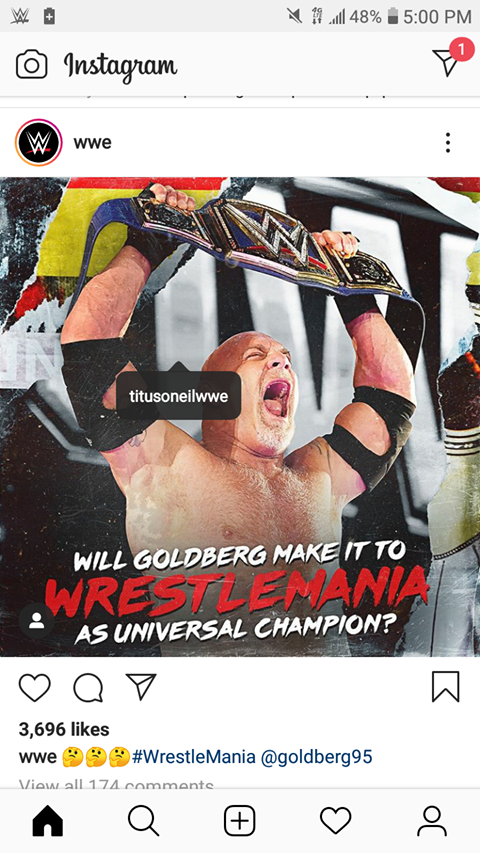 It’s the barely mobile dude who’s not been relevant since 2017, hope that helps son!

WWE proving that proof-reading is very important: A new T-shirt for Undertaker got announced this week but the very unfortunate message read on the back:

BE WEARY OF THE OLD MAN

Wary = feeling or showing caution about possible dangers or problems.

Weary = feeling or showing extreme tiredness, especially as a result of excessive exertion.

…then again, maybe it wasn’t a typo.

UK’s Love Of Wrestling event put out this impressive display of old-school talent to meet & greet. 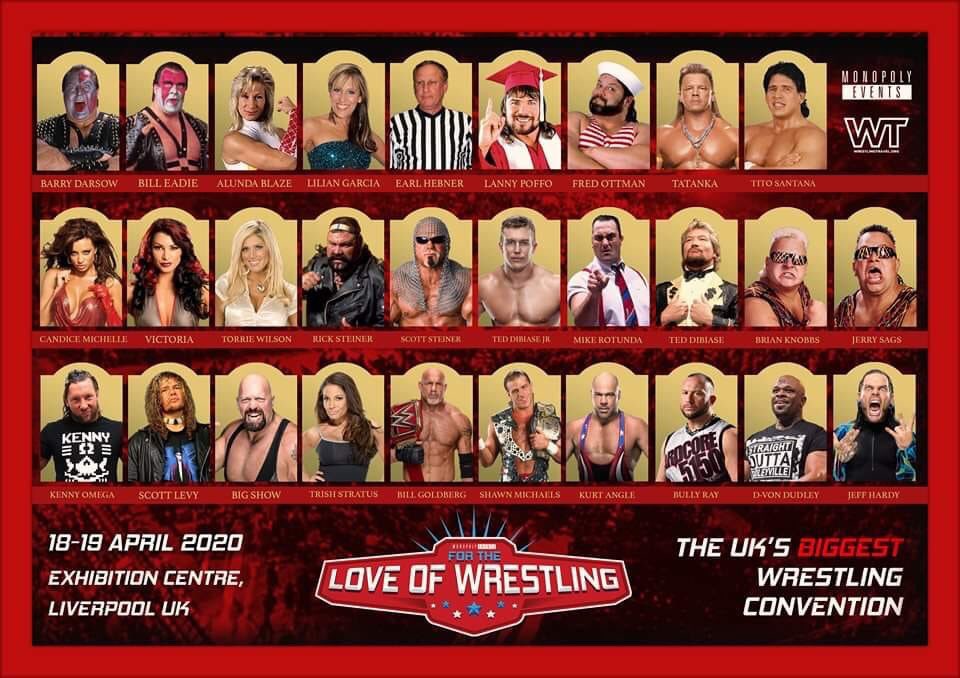 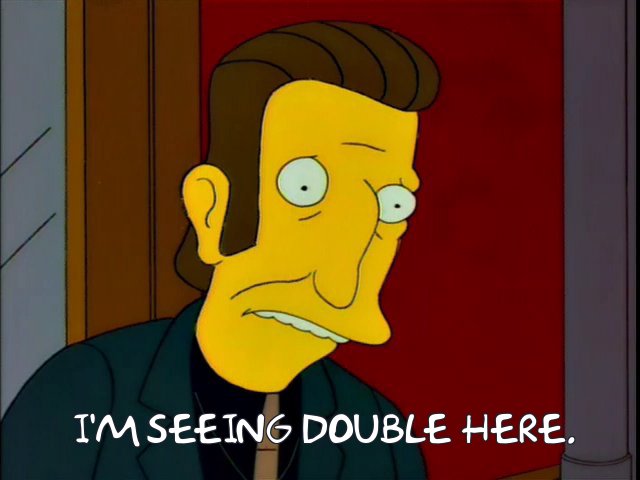 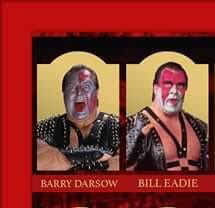 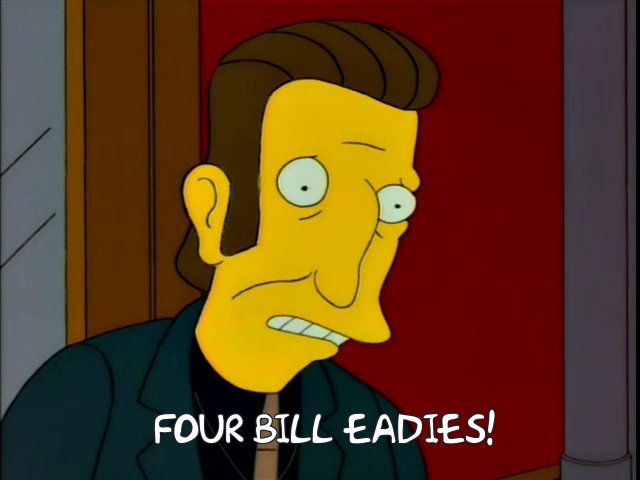 Last week’s Dynamite was surprisingly J.R.-problem free so of course something else had to happen instead.

As the Jurassic Trio were making their way to the ring, Luchasaurus accidentally kicked Marko Stunt in the face.

Marko was heard as saying “dammit, if I wasn’t so tall he wouldn’t have hit me.”

Here’s J.R. and Michael Hayes caught talking during an advert break for UWF in 1986.

I think this version was released accidentally onto a home video compilation as it wasn’t shown this way on TV.

Whatever the case, it’s hilarious hearing Hayes & Ross going at it.

Jim Ross and Michael Hayes dropping F-Bombs during the break and quickly transitioning back to professional wrestling announcers when they are back live. pic.twitter.com/MiHSvj402G

Here’s Stan Hansen doing to the flower girl what this bleeding Coronavirus is doing to us all right now.

Right, that’s your lot. Take care of yourselves, wash your hands and drink lots of water.