This week’s 205 Live was full of action, as three matches took place throughout the hour long broadcast. The episode capitalized on the momentum obtained by the purple brand in the past few weeks and continued to showcase a roster that is slowly coming into it’s own. And with the main event, it’s a case of showing off who is the man of the (most exciting) hour.

Here’s the rundown of what happened on this installment of 205 Live:

Lince Dorado vs. The Brian Kendrick 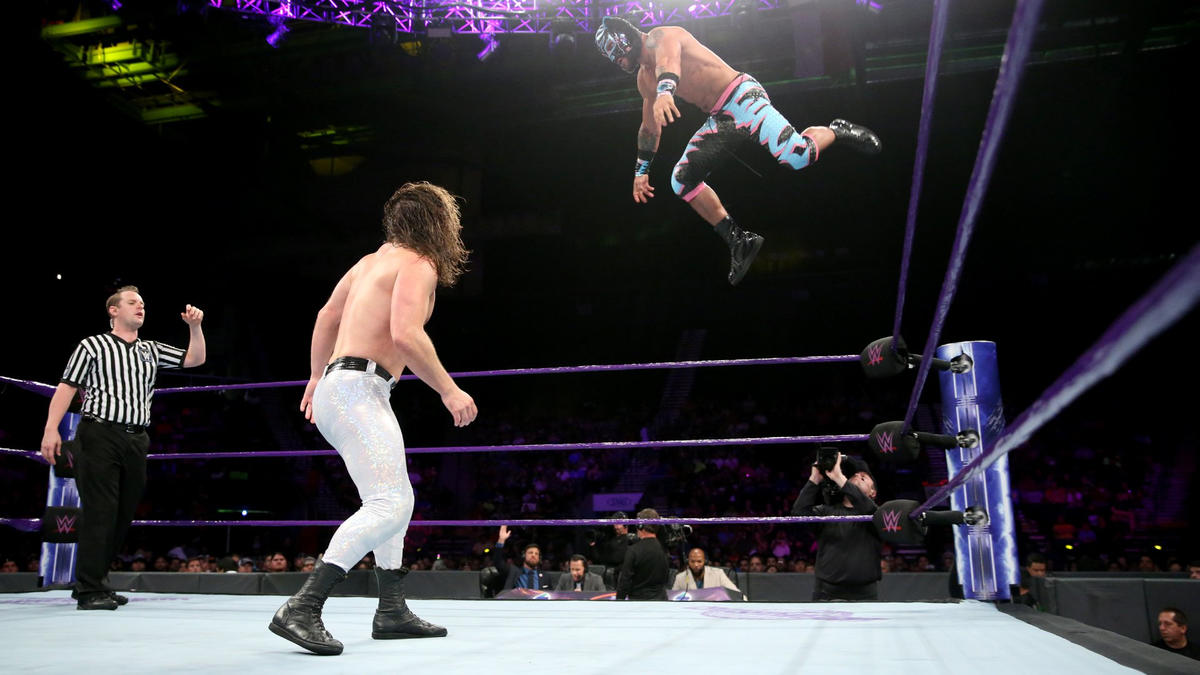 While Drew Gulak was on commentary for this bout, Jack Gallagher was absent due to family issues. Gulak’s inclusion to this segement further teased an alliance between himself, Kendrick and Gallagher. The action was by the numbers, with a few fun spots sprinkled in. This rather average contest resulted in a win for Lince Dorito (at least that’s what Gulak called him throughout), following a Golden Rewind.

I didn’t like this choice of opener: how many weeks in a row are we going to see some combination of this match without it getting stale? Also, Gulak’s commentary, while fun last week, was distracting and whiny this week. The 50/50 booking was unappealing as well. The action itself was fine but uninspiring but it caused the show to stumble out of the gate.