An actress has joined the loaded cast for the upcoming Von Erich movie entitled “The Iron Claw”.

The upcoming film centered on the tragic story of the Von Erich family entitled “The Iron Claw” has been taking shape with filming having just begun.

As previously reported, actor Zac Efron is set to star as Kevin Von Erich, the only surviving son of the wrestling family patriarch Fritz Von Erich.

Deadline reports that actress Lily James is joining the cast of the movie. James is mostly known from her titular role in the 2015 live-action Cinderella film. 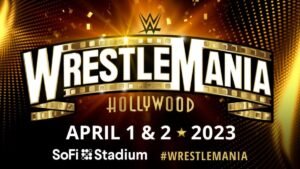 James joins a cast that includes the aforementioned Zac Efron, Harris Dickinson, Jeremy Allen White, Holt McCallany and Maura Tierney. The film is backed by both A24 and Access Industries.

“The Iron Claw” is being written and directed by Sean Durkin.

We will have more information on the film when they become available.

45 mins ago by Sanchez Taylor