The lead video engineer for All Elite Wrestling, Brian Muster, has passed away unexpectedly.

Muster had been a part of the wrestling business for 13 years. He previously worked for IMPACT Wrestling as it’s lead video engineer for over ten years before he joined AEW when the promotion first launched.

A GoFundMe page has been opened up by Greg Werner with a target of $75,000. The campaign has passed it’s initial goal, and now has an updated goal of $125,000. You can pledge to the campaign yourself at this link. 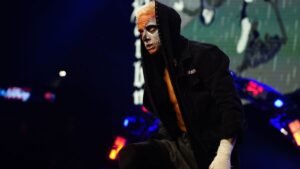 The page features a statement from Greg Werner, reading as followed:

This morning we lost an amazing person who made the world a better place. Brian Muster passed away this morning very unexpectedly. He leaves behind his fiancee and 2 young children. Brian worked on many shows over the years; the last three years, he was an integral part of creating the look of AEW Wrestling by working as their Lead Video Engineer since its very first show. I traveled the world with Brian from Europe and Asia to the Indian Subcontinent, and he would always make you smile with his personality, smile and joy of life. I was blessed to watch him grow from a teenager just getting in the business of TV to one of the Elite Video Engineer’s in the country, and all who met Brian loved him.

He will be dearly missed and I hope you’ll find the time to say a prayer and/or make a donation of any size to this fund to provide some financial support for his family and their future.

Thank you for your time,
Greg Werner

We send our condolences to the friends, family and colleagues of Brian Muster at this difficult time.