The lineup for the AEW World Title Eliminator Tournament was announced during the October 16 episode of Dynamite.

The tournament will conclude with the final at the Full Gear pay-per-view on November 13, with the winner earning an AEW World Title match.

Here’s the lineup, in bracket order: 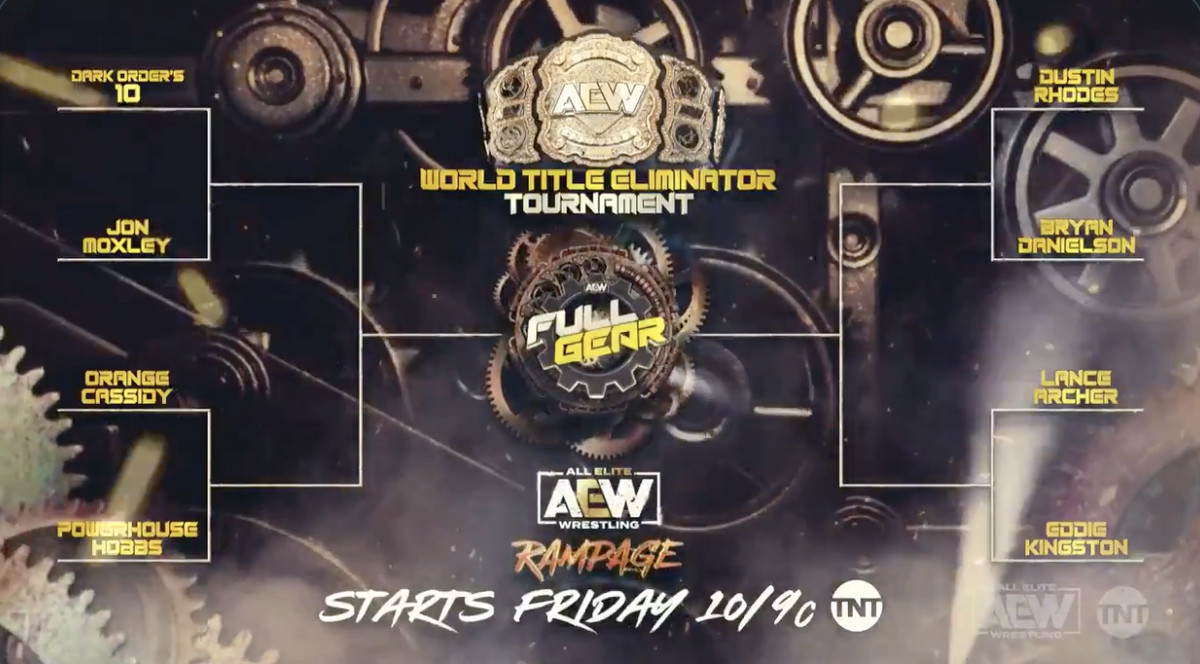 Cassidy vs Hobbs will take place on Rampage next Friday, while Archer vs Kingston and Rhodes vs Danielson will be on the following night’s Dynamite.

The World Title match at Full Gear is Kenny Omega defending against Adam Page, which was actually last year’s Eliminator Tournament final at the same event.