AJ Styles apologized to his wife and daughter ringside after his match with Samoa Joe at WWE SummerSlam last night. Prior to the bout Joe introduced AJ Styles wife to the crowd and made a promise: “Daddy would be coming home.”

Champion and Challenger then faced off in a high-quality match for the WWE Championship. There were some pretty brutal looking spots during the bout. Joe hit a nasty dive to the outside. AJ Styles hit the Styles Clash on Joe which looked extremely dangerous.

After the back and forth, Joe took the upper hand on the outside, slamming AJ into the ring steps. He stopped and stood on one of the announce tables with a microphone in hand.

His eyes turned to AJ’s wife and said he was not going to keep his promise. Daddy would not make it home, but he would be her new daddy. Then, in a fit of rage, AJ ran across towards Joe, tackling him through the timekeeper’s area. He then let loose on Joe with a chair causing a disqualification.

After the violent beatdown, the retaining champion paused and looked at his wife. 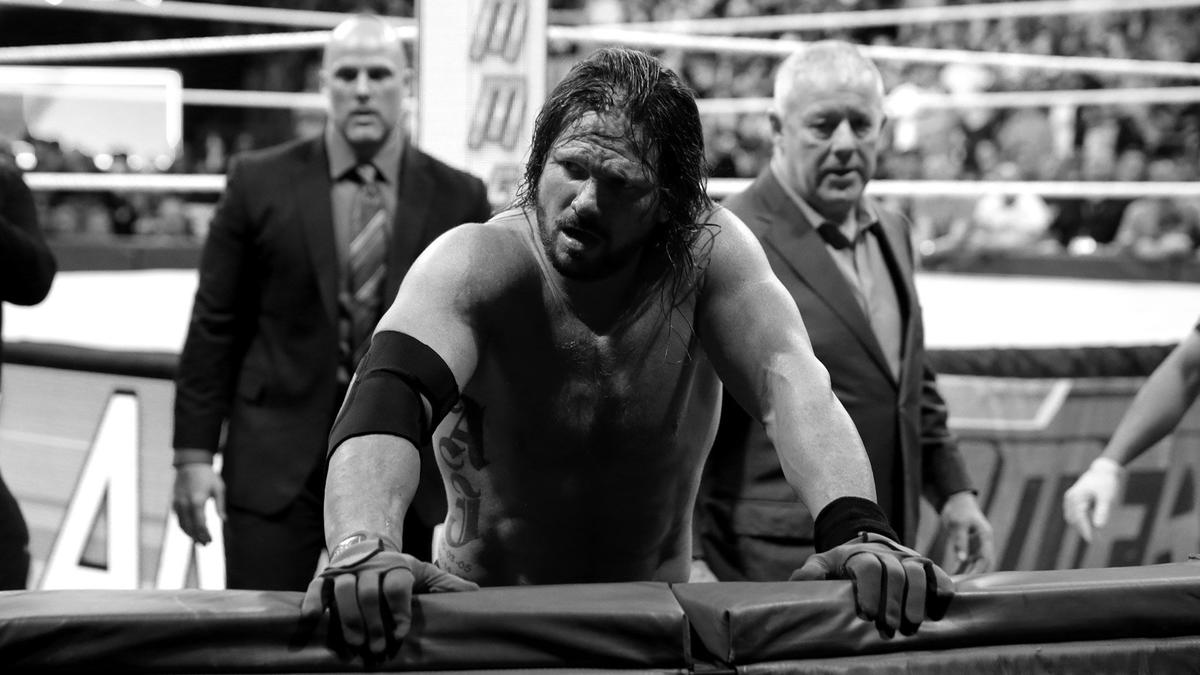 She told him to stop, continuing to tell him it was okay. AJ then walked into the crowd to hug her and tried to hold his daughter who audibly said, “You’re bleeding, Daddy.”

AJ Styles simply just replied: “I’m sorry. I’m sorry.” He handed his daughter back to his wife and the three walked backstage. 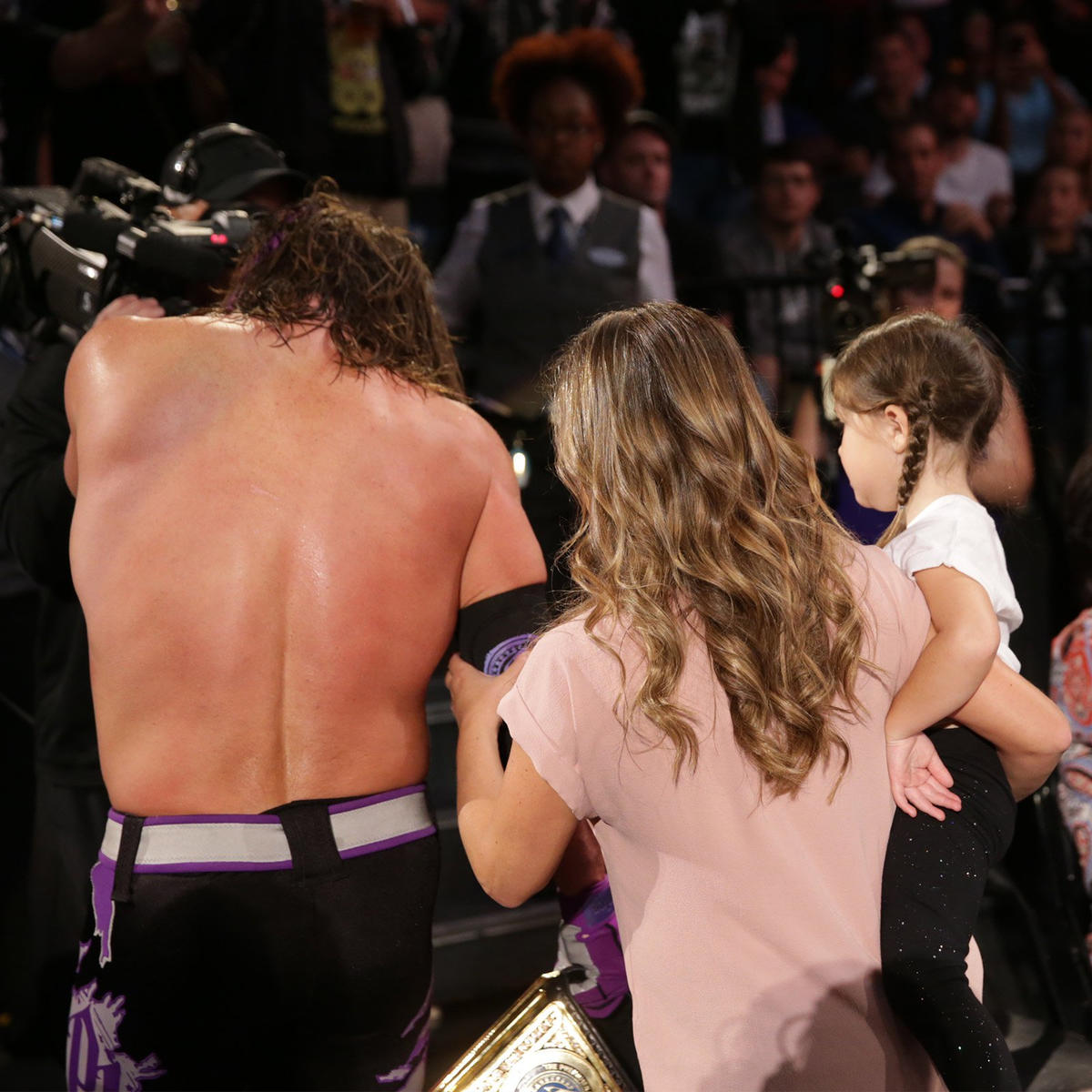 What was AJ Styles apologizing for? Was he sorry he didn’t win? Is he sorry he lost his temper and attacked Joe? Is he sorry he isn’t coming home? One thing’s for sure, this was not the decisive victory to end this rivalry.

What did you think of SummerSlam 2018? Join the discussion on Discord or Twitter today.