Alexa Bliss recently took to Twitter to show off a ‘temporary’ new look, ahead of Money in the Bank on Sunday.

On Wednesday (July 14), Bliss posted a photo of herself with a new hairdo on her Instagram story. The Raw star captioned the makeover pic “temporary short hair”.

Here is the photo: 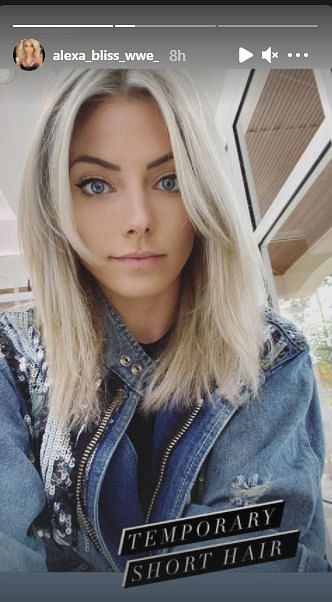 In recent months, Bliss has been portraying a supernatural character. The former Women’s Champion has addressed criticism of her gimmick, stating that she’s having fun with the role.

On Sunday, Bliss competes in the women’s Money in the Bank ladder match against Asuka, Naomi, Nikki A.S.H, Liv Morgan, Zelina Vega, and an unannounced competitor.

Also on the show, Edge will challenge for Roman Reigns’ Universal Championship. The Rated-R Superstar recently sent a message to Seth Rollins, telling the SmackDown star to “cash-in and quit complaining“.