As the internet has grown over the last few years, a portion of fans (still largely dubbed as ‘internet’ fans, despite basically everyone having access to the internet now) have become vocal on social media.

Whether you’re WWE, AEW or the local indie down the road, people are going to criticise everything that you do.

WWE star Angel (Garza) spoke to Nick Hausman of Wrestling Inc over WrestleMania weekend, where he stated that he believes we are living in the ‘criticism era’ of wrestling. 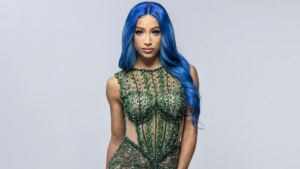 “I am going to bring this to the table. No matter what we do, they are always going to complain. No matter if we are on the top, ‘oh, they are giving everything to that guy.’ If you are running for the 24/7, ‘oh, they are burying that guy,’ if you are doing a great job, ‘oh they are just trying to push that guy.’ They are always going to come with something, they will never be happy. At this point, we are looking at our careers.

“Sometimes it’s more than, ‘oh, you’re an ego (egotistical) person, you are just looking for yourself.’ Yeah, because you are just looking for yourself. What if I tell you in your job, go and do that thing, then I start complaining because you do it a certain way. Or, I start criticizing you, like hey, ‘why are you holding that mic that way, grab it another way,’ no matter how you do it, I’m always going to complain. That’s all the fans that we have right now. It’s part of the business to have all of them, but we are living in that era. I call it, ‘the criticism era.’”

Garza recently came up short in a shot for the Intercontinental Championship on WrestleMania SmackDown, and was recently involved in a segment to introduce Raquel Rodriguez (Gonzalez) to the main roster.