Austin Theory has been making huge waves on WWE Raw since being drafted to the brand from NXT in 2021.

Now Theory has spoken about his fast rise to the top, representing Vince McMahon against Pat McAfee at WrestleMania 38 and ascending the ladder to become Mr Money in The Bank.

In an interview with Bleacher Report (via WrestleRant on YouTube), Austin Theory spoke about the WWE veterans that have been most influential on his development.

“I was doing a lot of house shows with Finn Balor. He’s somebody that helped me improve a lot. It’s like, each person I get a different learning experience from. With Dolph (Ziggler) I really learned getting the crowd and just taking your time.” 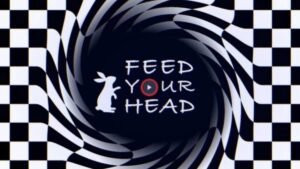 Theory’s appearances on Raw have changed somewhat since Vince McMahon’s retirement. This was perhaps expected as Austin was previously portrayed as McMahon’s on-screen protege.

Despite this, the star has featured in some memorable spots at premium live events, thanks to the suspense surrounding his Money in the Bank cash-in.

At SummerSlam, Austin’s cash-in attempt during Brock Lesnar’s and Roman Reigns’ Last Man Standing match came to a halt when Lesnar delivered an F-5 to the rising star.

Austin Theory made another unsuccessful attempt at Clash at The Castle during Reign’s title defence against Drew McIntyre. This time, Tyson Fury was on hand, knocking Theory out before the cash-in could be made official.

More recently, a feud has reignited on screen between Austin Theory and his old NXT The Way stablemate, Johnny Gargano. Theory shut down any chance of a reunion following Gargano’s return in August by proclaiming to be better than him.

As a result, the Theory and Gargano are set to go one-on-one on the next edition of Raw on Monday, October 10, which has been billed as the season premiere.

Details for the full lineup of that show can be seen right here.