Bayley appears to have provided an update on her injury status, amidst speculation that she is set to make an imminent return.

The former Women’s Champion last wrestled on WWE TV in June 2021, notably picking up an ACL injury during training ahead of WWE’s return to touring that July.

Reports emerged earlier this year about a Bayley’s potential WWE return during WrestleMania 38 season, however the star has yet to return to the ring.

A number of stars wished Bayley a happy birthday on June 15 including NXT’s Cora Jade, who demanded that Bayley fight her when healed.

Indicating that her knee is still hurt, Bayley has now replied: 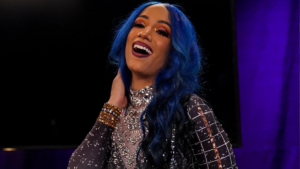 “Thanks, my injury won’t sloan (slow) me down.”

It is unclear when Bayley is expected to return to action. The former Women’s Champion has been teasing a return for months, so there is a chance that these tweets could be to throw fans off the scent of an impending appearance.

A list of all current WWE injuries and expected return dates can be found at this link.

Thanks, my injury won’t sloan me down. https://t.co/BS7n1PyWSj