On the show, Matt Cardona took on Dominic Garrini for the Absolute and Intense Championships, which ended in a no contest when Philly Marino Experience (Marino Tenaglia & Philly Collins) attacked Garrini. 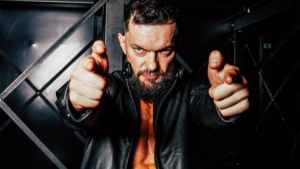 The Rip City Shooters (Wes Barkley & Joshua Bishop) then ran out to help Garrini, and went to shave Cardona’s head as Chelsea Green low blowed them, before Baker made a surprise appearance to set up an eight-person tag team match, which saw Baker, Garrini and the Rip City Shooters defeat Cardona, Green and PME.

Alan Angels Comments On His Upcoming Departure From AEW

AEW Star Confirmed To Be Finishing Up With The Company

Roman Reigns Is ‘Vulnerable To Be Exploited’ Says Sami Zayn