3 months ago by Laura Cude

A shock AEW plan for Bryan Danielson may have been revealed.

NJPW’s Katsuyori Shibata made a surprise return during AEW Dynamite on Wednesday, November 2, saving Orange Cassidy from an attack from Pac.

Cassidy, fresh from his win defence against Luchasaurus and Rey Fenix, earned the opportunity to take part in an ‘All-Atlantic City Dream Match’ on the upcoming November 5 edition of AEW Rampage, where the winner could select their opponent.

Cue Cassidy extending the offer to Shibata. The two made it official and subsequently signed the contract for the match that will see Cassidy’s All-Atlantic Championship on the line.

In addition to this angle, a future match between Blackpool Combat Club’s Bryan Danielson and Shibata may be on the cards.

As per Dave Meltzer on Wrestling Observer Radio, Katsuyori Shibata has named two matches he wants in an AEW ring. Meltzer said:

“Shibata told AEW that he had two matches he wanted in AEW – Orange Cassidy and Bryan Danielson. So they are going to work on doing both of them. Obviously, this (Cassidy) was the first one. And he’s free this week, so they made it this week.” 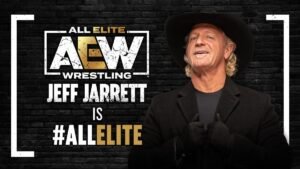 This looks promising for wrestling fans that a match-up between Shibata and Danielson could be in the works.

Previously, Shibata appeared at AEW x NJPW: Forbidden Door on June 26, 2022 where he saved Orange Cassidy from a beatdown from United Empire.

In addition to the All-Atlantic City Dream Match, Dr Britt Baker & Jamie Hayter will face off against Madison Rayne & Skye Blue on AEW Rampage on November 5.

More names are set to be revealed for the Full Gear Eliminator Tournament, and also, Mike Tyson will be making an appearance as a guest commentator for the entire Rampage episode.

Keep up to date with all AEW win/loss records with our tracker right here.

The #AEW All-Atlantic City Dream Match HAS BEEN SIGNED! It's Katsuyori Shibata vs. Champion @orangecassidy!