Former WWE Women’s Champion Charlotte Flair may soon return to the ring, if her Instagram stories are anything to go by.

Flair has not been seen on WWE programming since WrestleMania Backlash on May 8, when she lost her WWE SmackDown Women’s Championship to Ronda Rousey in an I Quit match.

Prior to WrestleMania Backlash, Flair had retained her championship against Rousey on night one of WrestleMania (non-Backlash edition).

While her absence was explained in kayfabe as stemming from a broken arm suffered in her I Quit match against Rousey, in reality Flair had taken time off to marry her fiancé and AEW star Andrade El Idolo.

But now the Queen of WWE may soon return, as Flair teased on her Instagram stories by showing a close up of herself wearing a pair of wrestling boots. 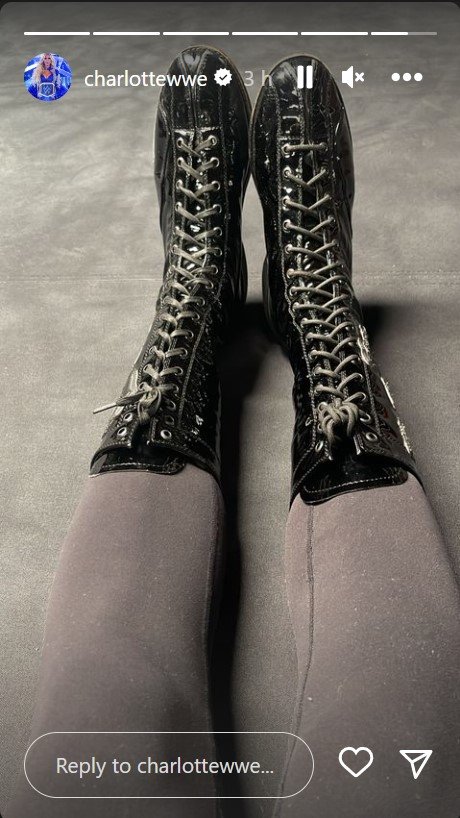 While there is no official word on whether or not Flair has plans to return to the ring any time soon, the picture implies that there is a good chance she is at least thinking about doing so.

Returning WWE Star Declares For The Royal Rumble On SmackDown