PROGRESS has three huge shows scheduled for June 3, 4 and 5, during which the Super Strong Style 16 tournament will take place to determine a new PROGRESS World Champion.

It has now been announced that EVE will hold its ‘God Save the Wrestle Queens’ event following PROGRESS’ June 3 show at the Electric Ballroom in Camden, London. 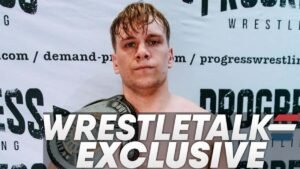 PROGRESS Wrestling are delighted to welcome EVE: Riot Grrls of Wrestling to the bill for our Jubilee Weekend of action.

All shows will take place in the Electric Ballroom in Camden, North London.

This collaboration means that two of the most distinctive UK wrestling promotions are collaborating to present a stunning weekend of action-packed diversity.

EVE Riot Grrrls of Wrestling is an all-female wrestling promotion, who have the tag line ‘Punk, feminist, empowered. Women superheroes come To life!’ “God Save The Wrestle Queens” will showcase the best of the UK women’s wrestling scene in distinctive EVE style.

In a unique collaboration between the two promotions, there promises to be something not just for wrestling fans but for many of the 14 million expected in the UK’s capital to celebrate the Jubilee celebrations for the reign of Queen Elizabeth II.

EVE Champion Jetta, who has also wrestled for PROGRESS, said: “I can’t think of a better way to walk into the Electric Ballroom for the first time than as EVE Champion.

“I hope fans from both promotions check out the other for the first time and I’m sure even Queen Liz herself will be doing everything she can to be a part of this incredible day of wrestling. She will witness me, The People’s Princess, dishing out ‘Clotheslines from HRH’ and successfully defending my EVE Championship against whoever stands in front of me on Friday, 3rd June.”

Lee McAteer, co-owner of PROGRESS, said: “Super Strong Style hits hard, and with all 16 contenders in action, day one will be the hardest-hitting.”

Martyn Best, PROGRESS co-owner added: “To bring EVE and PROGRESS together is a real showcase and a celebration of all that is good about British wrestling.”

Super Strong Style 16 continues through Saturday and Sunday, culminating in the winner being crowned the new PROGRESS World Champion. The weekend also features Gisele Shaw defending her Women’s crown against number one contender Kanji; ATLAS champion Luke Jacobs defending his title against Axel Tischer; a stunning three-way ladder match between The 0121, Smokin’ Aces and Sunshine Machine; and an I Quit match between Cara Noir and Spike Trivet which will end with one of them leaving PROGRESS.

Tickets for the whole weekend are available at www.dice.fm. EVE and PROGRESS are also offering a special combined ticket for this first day. A ticket for just the EVE show can be purchased at EVEwrestling.com/Tickets

SOCIAL EXCLUSIVE: @ThisIs_Progress and @ProWrestlingEVE have joined forces to bring you the all-female God Save The Wrestle Queens show during #SSS16 weekend!

For more details, check out Progress and Eve's websites.

37 mins ago by Sanchez Taylor