Foley Is Pod Live In Nashville For Starrcast V

Mick Foley has recently announced that he will be hosting a podcast, Foley Is Pod, and now a live event has been announced.

In the vein of his similar touring stage show, Foley is Pod will be hitting Nashville live during STARRCAST weekend. 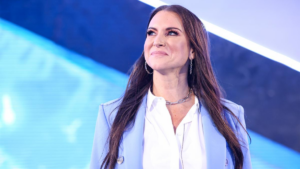 Stephanie McMahon To Take Leave Of Absence From WWE

Foley was announced to be joining the line-up of other wrestling legends who have Conrad Thompson-affiliated podcasts, such as Thompson’s father-in-law, Ric Flair.

Flair is set to feature heavily at Starrcast V with already announced events including the reunion of the Four Horsemen, a roast of Ric Flair and what he is billing as his final match.

Starrcast V continues to expand their announced line-up of events over July 29-31 in Nashville, Tennessee including an appearance by Johnny Gargano and live panel with Bret Hart.

John Cena Called Out By Mick Foley For Hilarious Reason

1 hour ago by Nate

FTRHausen Picks Up The Win And Chaos Ensues Within The Assclaimed