Former AEW star Lio Rush has said that the company didn’t know what to do with him, and suggested Tony Khan viewed him as a manager.

Rush’s contract with AEW expired on February 14, 2022, and he has since returned to the independent circuit. 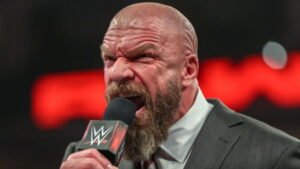 Since leaving AEW, Rush has wrestled in MLW, GCW and RevPro among others.

In a recent interview with the Say Less podcast, Rush was asked if he believes AEW knew how best to utilise him during his time there.

“Of course not. When I say things, I don’t wanna sound like it was breaking news because I feel like these things are so blatantly obvious.

“It’s like, yanno, he made it pretty clear to me, verbally, that when he was a fan of me, it was when I was in WWE and I was doing the manager stuff with Bobby [Lashley].

“If that’s how he saw me, that’s the only light he sees me in… [then] that’s [probably what] he’s gonna shift me to be in that kind of role. Which I’m not, yanno…

“No, I don’t think that [they] exactly knew what to do with me. That’s always a frustrating thing, but like you said when [I] say stuff it just gets f*cking blown up.”

Rush’s departure came shortly after demanding an apology from Tony Khan about a tweet Khan made about the AEW departure of Big Swole on New Year’s Eve, 2021.

Rush is one of many former WWE names that have been speculated about a potential WWE return following the change in regime.

13 hours ago by Dave Adamson

48 mins ago by Amanda Savage