A former NBA All-Star has addressed a potential future in WWE.

Howard took part in all of the tryouts in the ring and on the mic, but many fans have questioned if there is a future for the former three-time NBA Defensive Player of the Year.

Appearing on All The Smoke, Dwight Howard addressed his potential future inside the squared circle. 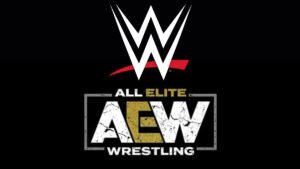 “I would definitely enjoy being a real wrestler like that. My whole life, growing up as a kid, me and my brother wrestled. I played around, acting like I was [Hulk Hogan]. My nickname is Randy Savage. So, that right there tells you how much I love wrestling. I really enjoy the crowd. I enjoy entertaining people. I enjoy the fans and stuff like that. The atmosphere is crazy. I went to SummerSlam this summer, and I got a chance to do some promos for wrestling. Triple H and Stephanie McMahon were there. She had just become the new CEO of WWE and I did my promo and they were like, ‘Man, that was the best promo in the whole tryout, man. Do you really want to wrestle?’ I was like, I think it’d be great. You know, I feel like there are so many other avenues that I can do. After doing this thing that I did with the military this summer, it’s like — my mind is the most valuable thing and it’s the strongest thing, with that, I could do anything. It’s the sharpest tool that I have. So if wrestling can happen, man, I’m gonna go get that belt.”

As previously noted, Dwight Howard mentioned that he has no doubts about joining WWE in an interview.