A former WWE star has offered an update on their status following recent injury and surgery.

Chelsea Green has competed for various promotions since leaving WWE in 2021, such as IMPACT Wrestling, Ring of Honor and NWA.

The injury bug has been a reoccurring issue among the wrestling world that has affected almost every company and now it has hit Green. 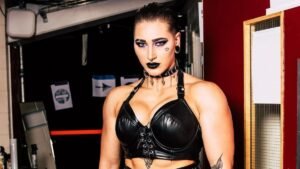 “We are post-surgery. I got my septum put back in place, so I’ve got a little black eye here … I broke my nose so many times, and I broke it actually before wrestling. I probably broke it four times in wrestling, but I had broken it really bad outside of wrestling first, and it was time. Like, I have a month off, it was time to get it fixed. I couldn’t breathe out this side of my nose, and it got to the point where it was like, normal for me.”

The duo will defend the titles against Valkyrie and Jessicka at IMPACT Bound For Glory on October 7.

For the spoilers from the latest set of television tapings for IMPACT Wrestling, click here.

Yet Another Former WWE Star Returning?

Update On WWE Star’s Injury Ahead Of December 2 SmackDown