Karl Anderson has stated that he and Doc Gallows of The Good Brothers will always going to listen to WWE offers that come their way.

The duo notably finished up with IMPACT in late-August after their contracts with the promotion expired.

Following speculation that the duo could return to WWE, it was reported that talks between the Good Brothers and WWE recently ‘fizzled out‘.

Speaking with Sports Illustrated, Karl Anderson noted that while he and Gallows have a verbal agreement with NJPW, they wouldn’t rule out the possibility of a WWE return in the future.

“Just like you said, never say never. We’ve got verbally agreed upon dates with New Japan Pro-Wrestling for an extended period of time. But there’s such a built-in story with Bullet Club, and we never got to finish the story (in WWE) with AJ Styles or even Finn.

“There’s been a lot of things that have happened in the business, so you can never say never. Any time we can work with brothers like AJ and Finn, we’re always going to listen to that.” 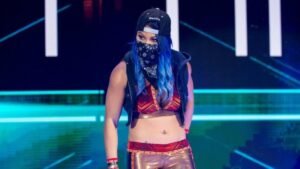 The Good Brothers were let go in the April 2020 round of WWE cuts. Numerous previously released stars have returned to WWE since Triple H took over creative in late July, including Karrion Kross, Dakota Kai and Braun Strowman.

WWE reportedly has big plans lined up for Finn Balor under the Triple H regime.