Fans are still all up in their feelings following the end of this weekend’s WWE Survivor Series WarGames event.

The main event took place in the titular match beyond, with Roman Reigns, The Usos, Solo Sikoa and Sami Zayn of the Bloodline defeating Drew McIntyre, Kevin Owens and the Brawling Brutes inside WarGames.

The finish came after multiple backstage segments throughout the night, which saw both Jey Uso and Roman Reigns question Zayn’s loyalty following his discussion with Kevin Owens the night before on SmackDown.

In the end though, Zayn pledged his loyalty to his Tribal Chief, Helluva Kicking his former best friend Kevin Owens, allowing Jey Uso to score the victory over Owens.

The post-match got people talking, when after months of animosity, Jey Uso and Sami Zayn finally hugged, with Jey welcoming Zayn into the Bloodline.

The moment was a long time coming for many fans, and Jey has again shown love to his newest Uce.

Taking to his Instagram story, Jey shared the photo of himself and Sami hugging after the match, alongside the caption:

The current plan is for Kevin Owens to challenge Roman Reigns for the Undisputed WWE Universal Championship at the Royal Rumble in January.

Zayn and Owens are slated to face off with the Usos for the Undisputed WWE Tag Team Championship at WrestleMania 39. 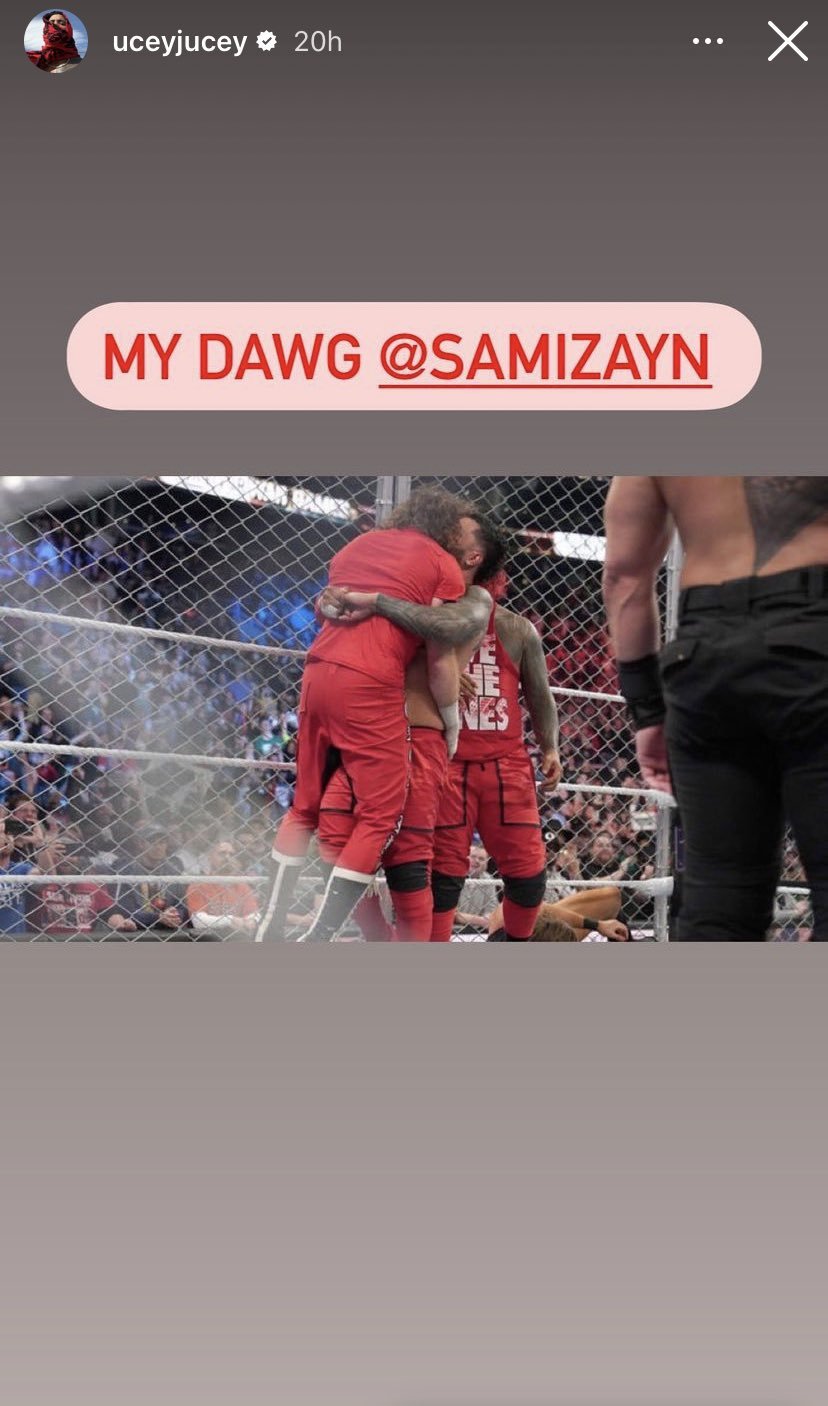 20 hours ago by Amanda Savage