It has been revealed that Jim Ross will be working with The Rock’s production company on a new wrestling project about the territory days.

Speaking on the Grilling JR podcast, the AEW commentator revealed that he will be working with The Rock’s Seven Bucks Productions on a project that will “go back and look at the territories”. 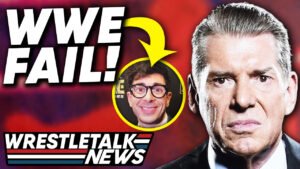 Jim Ross started working in the wrestling business with NWA Tri-State in 1974 working as a referee. The promotion was later rebranded as Mid South Wrestling in 1982.

Ross remained with the promotion through its renaming to Universal Wrestling Federation in 1986 and sale to Jim Crockett Jr. the following year.

The Rock started his Seven Bucks Productions in 2012. The company has worked on projects such as 2019’s “Fighting With My Family” film based on WWE star Paige’s life and career as well as the NBC sitcom, “Young Rock”.

As previously noted, a Season 2 episode of Young Rock may have revealed WrestleMania plans for The Rock and Roman Reigns.

Huge Tease For The Rock Vs Roman Reigns At WrestleMania 39