YouTube sensation turned impressive WWE star Logan Paul has turned a lot of head during his three matches in his WWE career.

Logan’s most recent bout was in the main event of WWE Crown Jewel earlier this month, failing to capture the Undisputed WWE Universal Championship from Roman Reigns.

Despite coming up short, Paul’s performance impressed a lot of fans.

After the match, Logan said that he had suffered a torn MCL and Meniscus, which would have seen him miss WrestleMania.

With the injuries not as bad as first feared, Logan seems set to be at WrestleMania, and has already called out a lot of huge names for the show.

Specifically, Logan Paul has teased a match with John Cena, who is also expect to be in action at the show in Los Angeles next year.

A running bit on Cena’s Instagram sees him post a picture of Stone Cold Steve Austin with somebody else’s head photoshopped over Austin’s, alongside the caption ‘Stone Cold’ and then a word or phrase beginning with an S.

Today, Cena shared a photo of Austin with Logan Paul’s head photoshopped on, with the caption reading: 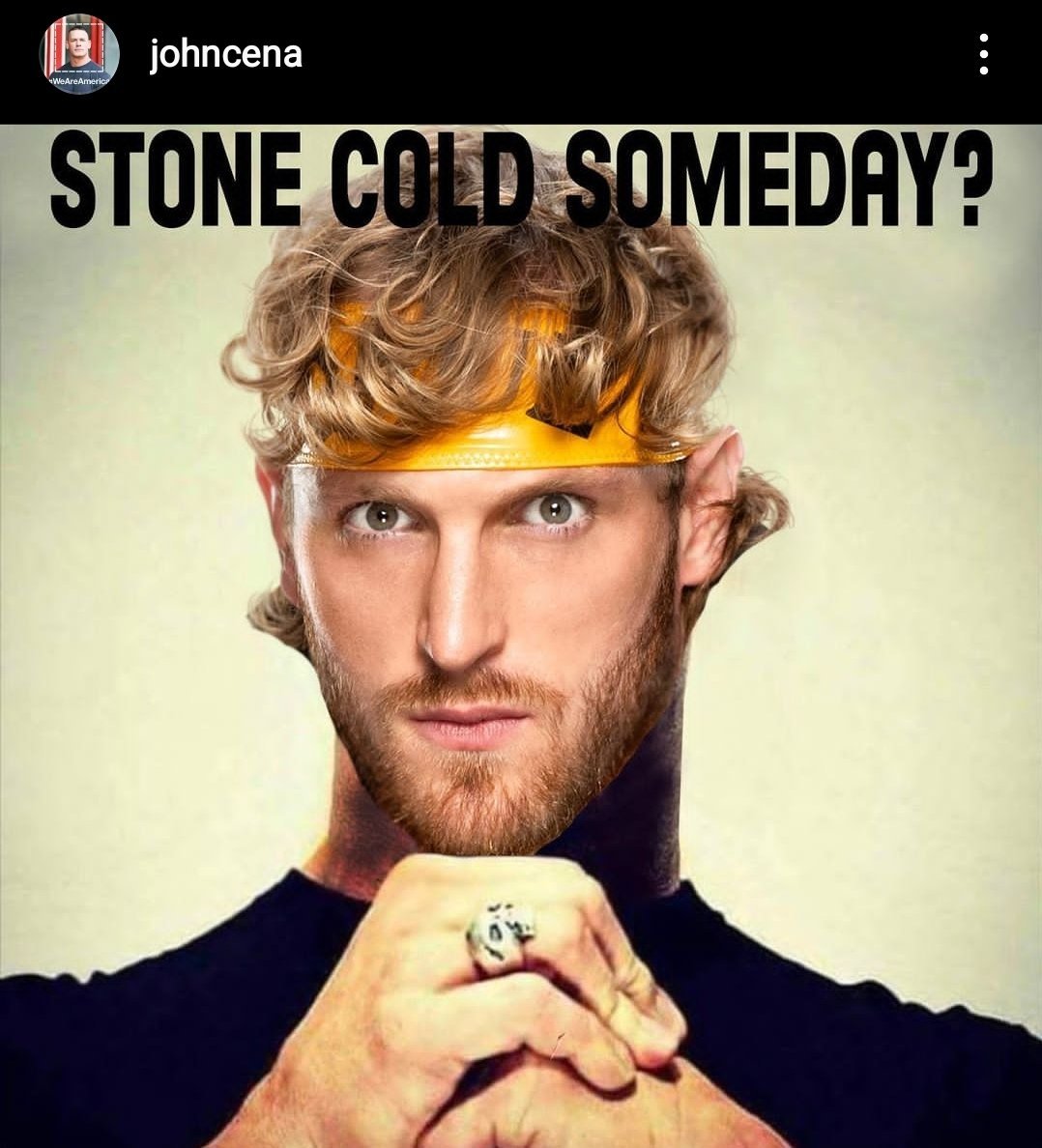 13 mins ago by Dave Adamson

Huge Tease For The Rock Vs Roman Reigns At WrestleMania 39

41 mins ago by Dave Adamson

Wrestling Veteran Was Allegedly “Stoned” During Hall Of Fame Speech

Update On SmackDown Status After Fox Issues Warning To Viewers