LA Knight Pitched For Call Up To Main Roster As Manager

According to a new report from Fightful Select, there may be two other NXT 2.0 stars headed for the main roster sooner rather than later, including LA Knight.

Reportedly there has been a pitch for LA Knight to join the main roster as a managerial mouthpiece given his impressive mic skills.

As previously reported, LA Knight was in attendance at a Raw taping back in January where he wrestled in a dark match with Roderick Strong. 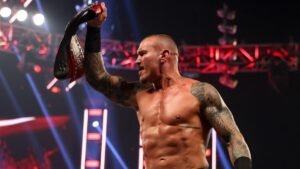 The report also referenced a call-up for Raquel Gonzalez being pitched as well but without additional details.

Gonzalez reclaimed the NXT Women’s Tag Team Championship alongside Dakota Kai at NXT Stand & Deliver only to lose them a few days later on this week’s (April 6) episode of NXT 2.0.