It is time for one lucky man and woman to earn themselves a guaranteed championship opportunity, it’s time for the Money in the Bank 2022 premium live event!

The line-up for tonight’s show is as followed:

Before the Men’s MITB match can kick off, that sneaky sneak Adam Pearce comes out an inexplicably adds Theory to the match… the look on Drew’s face somehow comforts me in this moment. Later when he’s viciously chopping Theory’s chest alongside Sheamus, it pays off.

Everyone attacks Omos, literally throwing ladder after ladder on top of him, burying the Nigerian Giant underneath a literal pile of ladders… the teamwork was short lived as Sheamus turns on everyone while Seth Rollins uses it as his opportunity to scurry up a tall ladder but is intercepted by Sami Zayn. On a dueling ladder next to them Theory and Sheamus, Sheamus shoves Zayn and Rollins away, but then goes at it with Theory. Fall away slam from Madcap as he is alone, setting up the ladder and trying his chances himself, no dice.

After Drew McIntyre is close, he’s knocked off and Sheamus hits the White Noise on Drew McIntyre, Sheamus sets up a tall ladder of his own, but in the corner. Riddle re-emerges to a big pop as they begin exchanging blows, dropping Riddle with an Irish Curse backbreaker. Riddle with the momentum as he power slams ala Orton and then climbs the tall ladder in the corner, does a backflip onto everyone below in a majorly fun spot.

Omos is back! Everyone else gangs up on him to do a really great spot where it takes six men to throw him through the announcer’s table!

There are so many near grabs, with seemingly everyone getting their mitts on the briefcase for a brief moment, with Riddle hitting an insane RKO on Rollins off the top of a ladder paving the way for your new Mr. Money in the Bank…

.@_Theory1 is Mr. Money in the Bank! #MITB pic.twitter.com/wBXNyNgpmE

Ronda Rousey vs. Natalya for the WWE SmackDown Women's Championship

Before this match kicks off there’s a mystery vignette with an odd assortment of images… love a good tease.

Ronda Rousey and Natalya have a submission heavy

After the match, Liv Morgan’s music hits and she’s runs out – cashes in the MITB briefcase on Ronda and becomes THE NEW WWE SmackDown Women’s Champion!!

Street Profits vs. The Usos

OBSESSED with the interface of Pat McAfee and Corey Graves with Michael Cole sort of stuck between. Give me one good reason it isn’t them having a match at SummerSlam, I feel like Graves has said he’s cleared for competition…

This match has now officially stolen the show, we’ll have to see what else is in store but this was exceptional. We say weird hyperbole alot to describe matches but that was really one of those “love letters to tag-team wrestling” that at least I will continue to talk about for years. The last from WWE was The Usos vs. New Day Hell in a Cell 2017.

Controversy! As after the match, there’s replays that show that Ford’s shoulder was actually up!

Big match feel fostered by an excellent video package that if you hadn’t watched WWE in awhile, would have you completely unaware that Carmella had been out of action for weeks before challenging Bianca!

After some more solid back and forth action, Bianca and Carmella are down in the ring with Carmella shouting down Bianca, telling her, “I am the best!” and telling her I believe, she is the tackiEST, which fires up Bianca who strikes back, snatches up Carmella and gets the pinfall victory for the win.

After the match, Carmella attacks Bianca as she’s celebrating on the turnbuckle, pulling her backwards to face plant into the mat. She jabber jaws up the ramp, making it clear this feud shall continue.

Theory getting an “good old-fashioned” a*s whooping from Lashley to kick off the match however as they get to brawling on the outside, Theory is able to lay out Lashley for a countout count but is only able to get to 8.

Massive “Theory Sucks!” chants from the crowd as they subsequently go bananas for Bobby as he sets up for a spear and Theory drops down into a fetal position in the ring in one of the more strange methods of attempting to avoid your opponent that I’ve seen in quite some time!

In the final third of the match, Theory hits a spear on Lashley and has him up for an A-Town down before Lashley reverses and gets him into the Hurt Lock and Theory taps out!

We have a NEW #USChampion!@fightbobby wins big at #MITB! pic.twitter.com/flWtQq8sXR

The Women’s Money in the Bank match will kick off the show!

This was a delightful spotfest that deserves to be checked out in full with every single competitor having a moment to look like a star, and also see stars with seemingly everyone taking a scary bump!

Spot of the match contenders include Lacey on the ladder with Raquel climbing it to get up under her while Liv is battling from the other side, Morgan then hitting an insane powerbomb off of the ladder, taking out Lacey.

Raquel set up a ladder stretching from ring to the announcer’s table, a move that eventually turned into Asuka lying on said ladder with Becky jumping off a nearby ladder to drop onto Asuka below.

Alexa Bliss and Shotzi both took the nastiest bumps, Shotzi looking at though she dropped herself “on the base of her skull” as Corey Graves said, onto a ladder and a nasty exchange where Bliss and Shotzi just seemed to lose their balance off of a ladder.

In the end, the match was decided in a spot with Becky on one ladder, Liv on another with Becky attempting to shove Liv down but no! She catches herself on the top rope, shoves herself back to the ladder standing, knocks Becky off and makes the climb to capture the Money in the Bank briefcase!

After the match, everyone who lost continues to sell a different emotional response which was quite nice with Becky in particular, still livid at ringside.

Money In The Bank 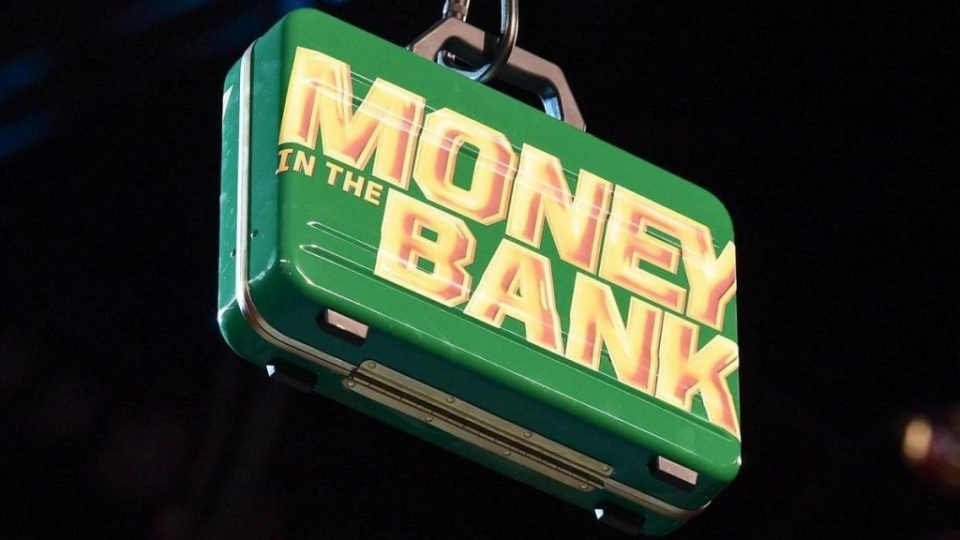 You won't want to miss a second of the action on the #MITB Kickoff!