Logan Paul Opens Up On Broken Relationship With The Rock

Logan Paul has opened up about his broken relationship with WWE legend The Rock in a new interview.

Paul developed a friendship with The Rock that saw the former multi-time WWE Champion appear in videos with the social media star on Instagram.

Speaking on the True Geordie podcast, Logan Paul discussed their friendship and what changed after December 2017 where they are no longer friends.

Explaining how they developed a relationship, he said:

“I’ve never told this story. I’ll give you some alpha. I love Dwayne The Rock Johnson. He’s the best. So likable, works hard, motivational, his energy is contagious. He’s always on jets. In a weird way, there’s no blueprint to the shit that I’m doing, but in a weird way, he made a blueprint for a career path that did not exist yet.

In the same way, I kind of want to do something like that, it’ll look vastly different, but in parallel, I believe I’ll build a multi-faceted career in the same way Dwayne The Rock Johnson has. We made a couple of videos together, me and Dwayne, back in the day when I was making Instagram Vine sketches. Great guy in real life. I was scared to meet him because I was like, ‘is he going to be one of those people who I meet and I fall out of love with my idea of him?’ No, sweetheart.

Gave me the time of day, having a nice conversation, it was awesome. Made three or four videos on separate occasions that all went crazy viral. I would consider him, maybe not a friend, but definitely an acquaintance. Very friendly with each other.” 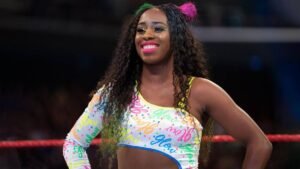 Logan Paul then addressed how things fell apart between him and the Hollywood megastar. The YouTube star infamously visited the so-called Aokigahara “suicide forest” on the Japanese island of Honshu to film suicide victim.

Paul explained that this incident led to The Rock cutting ties with him, saying:

“This was one of the saddest moments of my life, what I’m about to say. After Japan happened, obviously, found myself in a hole, rightfully so, that I had never been in before. Extremely low, mentally, and I got a call from my publicist who also repped Dwayne and she’s like, ‘Dwayne has asked that you remove every picture and video that you’ve done with him. Maybe in the future the relationship can be reconciled, but for now, he basically wants nothing to do with you.’

I also understood, I get it. I made a grotesque error and he has had things in his life that a lot of people, that incident, affected him in a personal way. I understood it and that was the other part. I was like, ‘Fuck.’ You sleep in the bed you make, right? I just wish I would have gotten a call or text.

Time passed, I start doing well. I just want to be able to build a relationship with Dwayne that didn’t end up happening.”

Logan Paul competed at WrestleMania 38, teaming with The Miz in a win over Rey and Dominik Mysterio earlier this year.

Paul discussed advice that one of The Rock’s career rivals Triple H gave him prior to his match at the Show of Shows.