WWE Hall Of Famer Claims They Were Part Of ‘Lost Era’

A WWE Hall of Famer has claimed that they were part of a “lost era”.

Women’s wrestling is stronger than it’s ever been before in WWE. With the likes of Becky Lynch, Charlotte Flair and Bianca Belair being top stars, the company has a versatile roster of female talent.

However, it hasn’t always been good times for the WWE women’s division. Past performers haven’t received the same amount of opportunities.

Speaking on her Paving the Way video podcast on her YouTube channel, Madusa discussed performing in a period when the roster wasn’t as stacked. 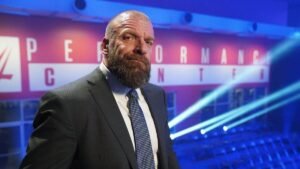 “My era of wrestling was right after the whole [Fabulous] Moolah era. I call my era the lost era, basically is what it was because, you know, there wasn’t much — my roster was two people, you know? Really.”

Madusa, previously known as Alundra Blayze in WWE, is a former three-time WWF Women’s Champion. During her time in the company, Blayze had feuds with the likes of Bull Nakano and Bertha Faye.

The legend was inducted into the 2015 class of the WWE Hall of Fame.

Madusa last appeared on WWE television on the July 26 edition of NXT in a pair of backstage segments after Cora Jade threw the NXT Women’s Tag Team Titles in the trash.

As previously reported, the WWE Hall of Famer revealed who she would like to have one last match against in a recent interview.