Major Title Match Confirmed for Money in the Bank!

WWE has confirmed via their official website that white-hot Intercontinental Champion Seth Rollins will defend his title against Elias at Money in the Bank.

Broken guitars don’t get the last word. If Elias wanted to come for the man, he’s got a mouth full of canvas coming to him. #FightingChampion #MITB

Since winning the championship at WrestleMania 34, Rollins has had five televised title defenses: he’s already defeated Finn Balor, The Miz, Mojo Rawley, Jinder Mahal and Kevin Owens in his short reign. At Greatest Royal Rumble, he defended against The Miz, Balor and Samoa Joe in a Fatal-Four Way ladder match as well.

All of his defenses have been (arguably) show-stealing matches. And his inclusion on the Money in the Bank card certainly elevates the event.

As for his opponent, Elias has also been on a roll lately. However, his success has not come through in-ring work. Instead, he has proven to be a valuable asset for Monday Night Raw with his gimmick. His “Walk With Elias” gimmick has brought the already popular star to even greater crowd-popping heights. As well-received as Elias is, he’s only ever had one shot at WWE gold. He lost to Roman Reigns on Raw in a match also for the Intercontinental Championship back in .

Updated Money in the Bank Card 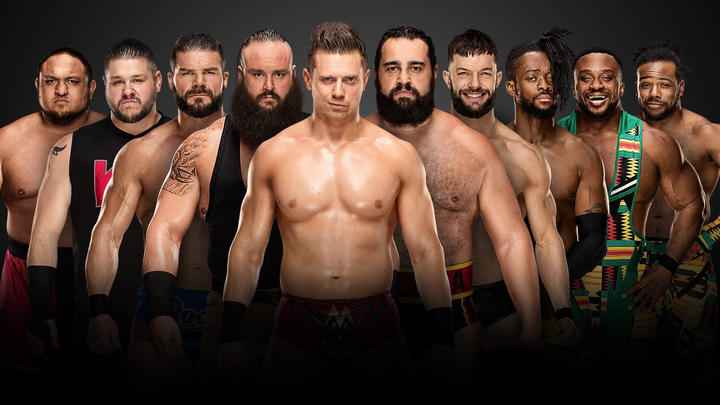 Are you excited for Money in the Bank? Let us know in the comments below or get in touch with us on Twitter.