Roxanne made a name for herself in the independent scene, namely Ring of Honor, prior to her signing with WWE. Former WWE star Maria Kanellis had a hand in helping her raise her stock, as she was working backstage in the ROH women’s division while Roxanne was there. 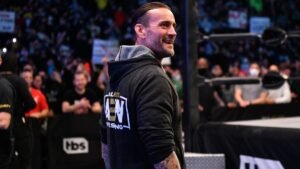 Maria recently spoke to the Bleav in Pro Wrestling podcast to discuss her new ‘Women’s Wrestling Army’ promotion, when she spoke about the NXT star, giving her very high praise.

“I hesitate to say this because I don’t like anybody comparing anybody to anyone else, but the ability that you have in Becky Lynch, you have in Roxanne. I think that is only going to continue to grow. Of course, she’s still got things she has to work on but I think at some point, Roxanne will be on the same level as Becky.

“She has the technique down, she has the story, she has the heart. She used to ride the bus to go to wrestling training before she could drive a car or anything like that. She rode a bus so she could go to training.”

Kanellis continued on, talking about Roxanne’s time in ROH, and how she was able to gel with all different styles of wrestlers.

“She has the ability to work with anybody. I mean, everyone that she worked with in Ring of Honor from Miranda Alize, who’s a Luchador, to working with someone like Sumie (Sakai) or Angelina Love. She went down the list of veterans and she held up with all of them, but then she also went against all these different styles of wrestlers and she was able to compete and defeat all of them. I mean, she was in there with Willow (Nightingale) as her very last match in Ring of Honor. So, I mean, she really is a prodigy and her future is very shiny and bright.”

Roxanne will be a part of the first-ever NXT Women’s Breakout Tournament, which is set to begin on next week’s episode of the show.

Roxanne herself will be in tag team action on the show, teaming with Wendy Choo to face NXT Women’s Tag Team Champions Jacy Jayne and Gigi Dolin of Toxic Attraction.