Get ready dummies, we may just be poised to see the much anticipated return of an NXT fan favorite and their main roster debut on SmackDown.

One of the most fascinating by products of the entire Vince McMahon retirement controversy remains the case of Max Dupri (formerly known as LA Knight in NXT or even earlier, Eli Drake.)

While popular in NXT for his in-ring work just as much as his mic skills, fans were perplexed when Max Dupri debuted on SmackDown as a manager for a tag team with an over the top fashion gimmick.

While it initially seemed the bit was primed for burial, as things rapidly shifted in WWE creative, the fledgling gimmick was given new life as fans began to wonder how the storyline would play out.

With the addition of Maxxine Dupri as their manager, it now seems that Maximum Male Models will sashay on without Max Dupri as on last night’s (September 30) WWE SmackDown, Dupri turned on his faction! 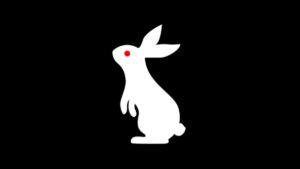 After Maxxine informed that the duo wouldn’t be wrestling, rather attempting to hold a pose for a record length of time, MMM was an on-going backstage thread throughout the episode.

However just as they were about to hit the record, Max Dupri smacked the taste out of their mouths and informed them that he was done with the group!

Adding to the tease, the segment ended with Dupri giving a more demure version of Knight’s signature catchphrase “Yeah!” before walking away.

Are you excited to see LA Knight on the main roster? Let us know your thoughts in the comments!