Following Mia Yim’s IMPACT return at Under Siege in May, it was reported that Yim had signed a short-term contract with the promotion that would take her through Bound For Glory in October.

Per Fightful Select (subscription required), Yim’s contract will be up on October 9, two days after the Bound For Glory pay-per-view on October 7.

It is unclear whether or not talks between Yim and IMPACT have continued, but as of publication, Yim’s contract was set to expire, indicating that she and IMPACT haven’t yet came to terms on a new deal. 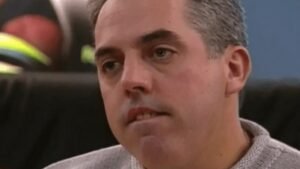 Yim is slated to face Mickie James in singles action at Bound For Glory. James is currently on her ‘Last Rodeo’, meaning that the next time she loses a match, she will retire.

Following her IMPACT return, Yim noted in an interview that she plans to retire with the promotion.

Yim’s husband Keith Lee is currently signed to AEW. The duo have previously noted that they support each other’s ‘separate brands‘, and enjoy making their own waves.

6 mins ago by Ryan Coogan

58 mins ago by Ryan Coogan