Matt Hardy and Bray Wyatt, the Deleter of Worlds, are the new RAW Tag Team Champions, after beating Cesaro and Sheamus at the Greatest Royal Rumble. 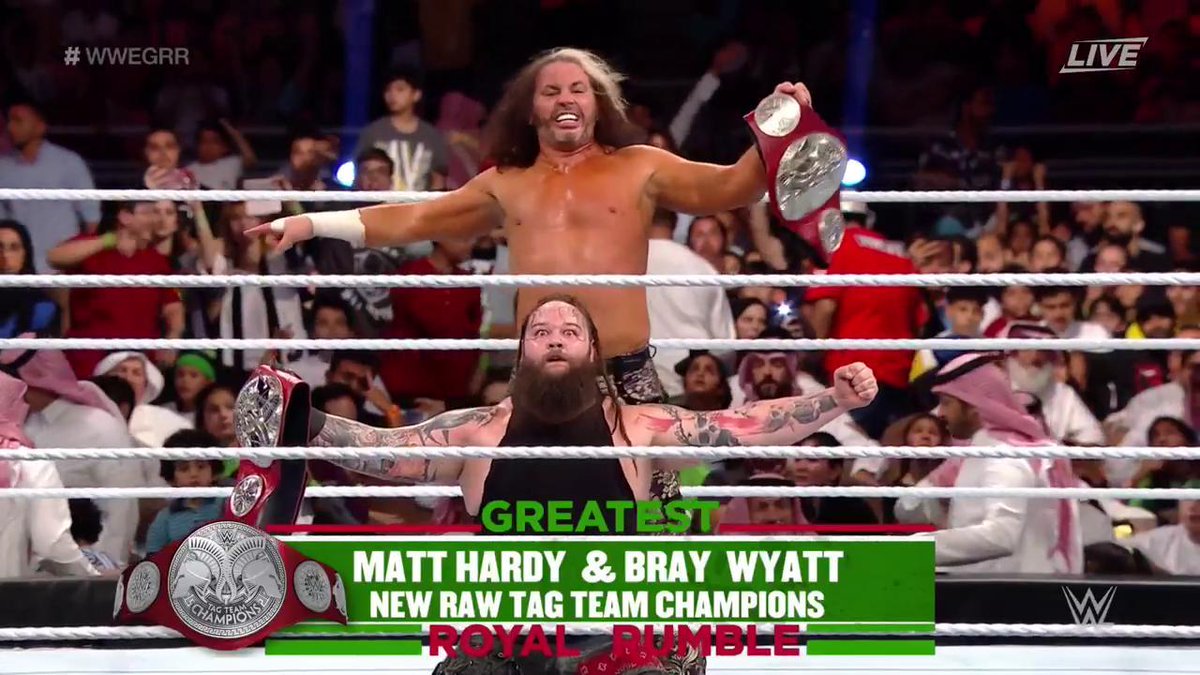 Cesaro and Sheamus, known as The Bar, were the more experienced team in the match – having been paired in September 2016. However, many expected the Hardy and Wyatt victory following Sheamus and Cesaro’s move to SmackDown Live during the Superstar Shakeup.

In comparison to The Bar, Hardy and Wyatt are a relatively new team for the division. They came together following a program which culminated in the Ultimate Deletion on RAW, a unique match type that had never been seen on WWE television before. So far the combined gimmick has seen mixed reviews, but the addition of the championship belts is a sign that the team are moving in the right direction – with WWE behind them.

The RAW Tag Team Championships were made vacant on the RAW after WrestleMania. The previous champions, Braun Strowman and his WrestleMania Mystery partner Nicholas, won the titles from Cesaro and Sheamus on the grandest stage of them all, on April 8th. Several Tag Teams on RAW were then placed in a tournament to decide one half of the match-up at the Greatest Royal Rumble, to face Cesaro and Sheamus in their title rematch at the Greatest Royal Rumble.

With Sheamus and Cesaro staying on SmackDown Live, there is no telling who will be the next to challenge the new titles for the Tag Team Titles. CBS Sports are predicting that the new team of Dolph Ziggler and Drew McIntyre will be the next challengers for the Deleter of Worlds, but with no match announced for Backlash and only one week left, a quick build would be necessary to get us to that point.

60 mins ago by Ryan Coogan