In some good news from the world of wrestling, NJPW star Great-O-Khan received a letter of appreciation from the Nakahara police for recently saving a girl from abduction.

O-Khan passed by a restroom at the JR Musashi Kosugi Station in Kawasaki City at 8:59 PM on March 29, 2022, where he saw an intoxicated man harassing a girl and grabbing her shoulders. The girl told him to stop and asked for help. O-Khan then grabbed the man with one hand and put a stop to the incident. He reportedly calmed the girl down by talking about pancakes and telling her he was from NJPW. 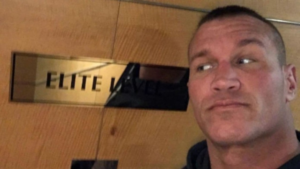 Speaking on the incident, Great-O-Khan said:

“Don’t do such a big deal. It happened to happen near me. It’s something I do every day to take down a man. Instead, the little child looked at me and said, ‘Help.’ […] New Japan Pro-Wrestling has the rules of New Japan Pro-Wrestling, and society has the rules of society. I am fighting after observing my rules. This time, I followed the rules of society and kept my justice. Until then, my way of life will not change. I will continue to slaughter wrestlers from tomorrow, and if anyone asks for help, I will generously lend a hand, because it will expand the territory of the empire. I wouldn’t be a person who would normally give my name, and I wouldn’t receive it, but I thought that if I received it, I would spread the awareness of crime prevention, so I decided to ask for it. It would be more valuable than a championship belt.“

Always nice to write about a good deed in this world.

Natalya Fires Shots At Will Ospreay

Wheeler Yuta Responds To NJPW Star Calling Him Out

21 mins ago by Liam Winnard

53 mins ago by Amanda Savage