Another WWE to AEW defection but this time a very notable backstage name has reportedly turned up All Elite.

According to a new report from PWInsider, they confirmed that Pat Buckridge who is known professionally as Pat Buck was working at tonight’s AEW Dynamite taping as a producer as they filmed in New Orleans, Louisiana.

While the word is just breaking now, according to the report Buck was also at last week’s AEW Dynamite taping as well.

Pat Buck was recently in the news for having resigned from his producing role within WWE after having worked as a producer on both main events of WrestleMania 38 including Saturday’s final pre-announced match of Charlotte Flair vs. Ronda Rousey, and then again on Sunday, also working on Roman Reigns vs. Brock Lesnar. 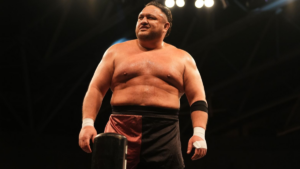 Buck seemingly abruptly provided notice to WWE, releasing a public statement via his Twitter account detailing his departure and desire to spend more time with his family.

In his emotional post, Buck stated after producing major high profile matches for both nights of WrestleMania 38:

“As a producer/agent, I feel that I have accomplished everything I wanted to do within WWE in the last three years.”

Buckridge also looked forward to working on his ventures away from the cameras including his WrestlePro independent promotion in New Jersey.

Buckridge is also a founder of Create-A-Pro Wrestling Academy with locations in New Jersey and Long Island which he owns along with another former WWE notable, Brian Myers.