Producers For Raw After WrestleMania 38 Revealed

The backstage producer list for the April 4 episode of WWE Raw, following WrestleMania 38, has been revealed.

The NXT Championship changed hands during the episode, with Bron Breakker pinning Dolph Ziggler for the title. Matt Bloom & Shawn Michaels worked on this bout, per the report. 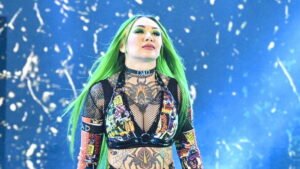 The Sasha Banks & Naomi vs Rhea Ripley & Liv Morgan match was produced by Shawn Daivari, and Shane Helms was listed for the Dominik Mysterio vs. The Miz.

The segment in which MVP turned on Bobby Lashley to side with Omos was worked on by Adam Pearce, and the Edge promo segment featuring Damian Priest was produced by Petey Williams & Michael Hayes.

Two WWE stars recently returned to the company for producer tryouts, which you can read more about right here.