Randy Orton has opened up about his future in wrestling, revealing what he believes his legacy in WWE will be.

WWE has been celebrating 20 years of Randy Orton this month, two decades on from The Viper’s WWE debut.

In a video posted to WWE’s YouTube channel, Orton stated that he doesn’t plan to leave WWE anytime soon.

Believing that he’ll still be with the company after the likes of Roman Reigns have moved on, Orton said:

“A lot of people ask me what my legacy will be. You know, I think you’re talking WWE, more specifically, my legacy will be that I was the next guy after The Undertaker, that was the only person that never went anywhere else and had more matches, more titles, more accolades. I don’t care, Roman Reigns. I’m sure he’s got Dwayne Johnson’s agents number on speed dial. Roman will be in Hollywood. I’ll still be here.

“I’m in my prime, ladies and gentlemen, I got a long way to go. But my legacy will be that I did it longer than anybody.” 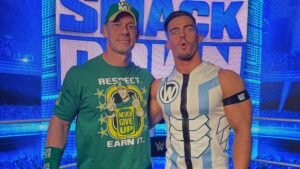 While Orton believes that Reigns will join The Rock in Hollywood, it has been heavily speculated that the two stars will face off at WrestleMania 39 next year. An update recently emerged on The Rock’s status for the event, which you can read more about right here.

Check out our list of the 10 best Randy Orton matches at this link.