A new report has confirmed that a longtime WWE name is gone from the company.

There has been a rumor circulating on social media that WWE’s Senior Ringside Physician Dr. Chris Amann was let go from the company.

PWInsider reported that multiple sources confirmed that Dr. Chris Amann has indeed exited WWE, but he was not terminated.

The report notes that Amann gave notice some time ago and officially retired from his position with the company this month. 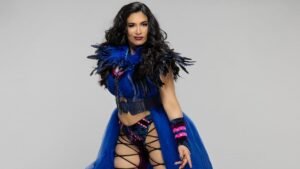 Amann had been with the promotion since May 2008 and was part of the team that helped to implement the promotion’s sports-medicine program and Wellness Policy.

Amann may be most remembered for unsuccessfully suing CM Punk and Colt Cabana for comments made Cabana’s podcast about Punk’s medical care while wrestling in WWE.

The jury in that trial sided with Punk and Cabana, leaving Amann unable to collect damages.

We will have further updates on this latest WWE exit when they become available.