9 months ago by Sanchez Taylor

Several names are potentially set to leave IMPACT Wrestling in the near future.

Doc Gallows and Karl Anderson of The Good Brothers recently confirmed that their current IMPACT contracts are set to expire this summer.

Per the latest edition of the Wrestling Observer Newsletter, the sides are not close to agreeing on terms for new deals.

The report also stated that JONAH is finishing up with his short-term deal. Also noting that it appears that Willie Mack is on his way out, unless he begins to appear on a per-night deal, Meltzer noted:

“There was a lot of talk about Doc Gallows & Karl Anderson, who signed a very big contract here that’s running out this summer and that the sides aren’t close on a renewal.

“Jonah was said to be finishing up and Willie Mack was on an annual contract where the next year was supposed to give him a major raise into six figures and the company was cutting his contract. They had been beating Rich Swann & Willie Mack a ton of late. Mack did work after the PPV putting people over. Whether he’ll be used on a per-night basis or that was it for him is unclear” 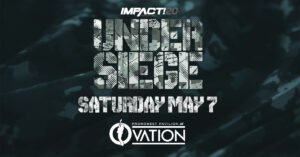 IMPACT Under Siege 2022 To Feature Its Own 'Forbidden Door' Matches

JONAH notably wrestled NJPW’s Tomohiro Ishii during last weekend’s Rebellion pay-per-view. Willie Mack and The Good Brothers were both in action at the event as part of the Tag Team Elimination Challenge, with Gallows & Anderson defeating Mack & Rich Swann in the bout.

The Good Brothers have recently teased a return to Japan, which you can read more about right here.

Former AEW Star Hopes Others Will Be Inspired By His Departure

42 mins ago by Sanchez Taylor