4 weeks ago by Taylor Sanchez

Seth Rollins has revealed that he wasn’t happy about how the decision to postpone his match against Matt Riddle.

Rollins recently defeated Riddle at WWE Clash At The Castle on September 3. This bout was originally planned for SummerSlam in July, however the bout was pulled from the event after WWE announced that Riddle was injured.

It had been reported that Riddle’s injury was a work, and that WWE had made the creative decision to pull the bout from the event.

Ahead of SummerSlam, Rollins took to Twitter to urge fans to keep singing because someday WWE might hear. Triple H notably replied to this post, writing:

Speaking on Out Of Character, Rollins revealed that he genuinely wasn’t happy that his match was moved at the time, noting::

“We had a conversation before his tweet, not mine, there was no conversations had before mine. Yeah, I was not happy with that and how that played out.

“I didn’t mean to undermine any of what he was trying to get done and I understood in the long game of kind of why the decision was made to move my match off the show, but I still have a chip on my shoulder all the time.

“I still think I’m competing at such a high level right now. I felt very slighted and I wasn’t about to let anybody but me control that narrative and so I felt bad, but I had to do what I had to do.” 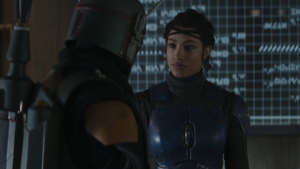 Rollins recently explained why his match with Riddle was pulled from the July 30 SummerSlam event, which you can read more about right here.

34 mins ago by Connel Rumsey

35 mins ago by Ryan Coogan