A huge wrestling crossover will take place this month, when STARDOM wrestlers begin touring with NJPW of America for the first time ever.

The crossover marks a big step forward for NJPW. It was initially announced in July that STARDOM stars would be making their NJPW of America debuts this year, and that STARDOM/NJPW of America crossovers will become regular occurrences moving forward.

Rumble On 44th Street with take place on October 28 at The Palladium Times Square, and feature wrestlers from both promotions.

Due to the high demand for the show, an additional show has been announced for October 27 called The Night Before Rumble on 44th Street. 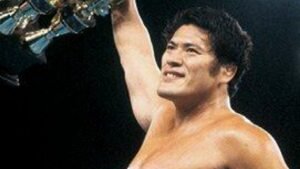 STARDOM and NJPW will not stop there. On November 20, the inaugural IWGP Women’s Champion will be crowned at the Historic X-Over crossover show which will be held at Ariake Arena in Tokyo.

The winner will be crowned after a tournament featuring Iwatani, Utami Hayashishita, Giulia, Starlight Kid, Jazzy Gabbert, and KAIRI. At NJPW Royal Quest II, Jazzy Gabbert defeated Ava White to advance to the tournament semifinals. She is slated to face KAIRI in the next round.

The IWGP Women’s Championship will be defended at NJPW events and STARDOM shows in the future.

Stop scrolling and check out this #NYC special 🗽

🎃🦇 #SpookySzn will have #wrestling fans scream in excitement when @NJPWofAmerica features @wwr_stardom wrestlers for the very first time.