AEW has only played host to one Blood & Guts match so far, with The Pinnacle facing off against the Inner Circle in the WarGames-inspired match on the May 5, 2021 edition of Dynamite.

Speaking on the Women’s Wrestling Talk podcast, Thunder Rosa argued that AEW has the women’s division to pull off a women’s version of the bout.

Also naming another stipulation she wants to wrestle under in AEW, Rosa said:

“I will definitely love to do an Iron Woman Match. I know Serena mentioned that last week, and I will second that. It hasn’t been done at AEW.

You know, I like to break barriers and be the first one to be part of that. I would love to do one of those. I would like to do a Blood & Guts match. I think that would be so much fun with all the women that we have, we have really good women on our roster. Yeah, we have a lot of fun. I can go crazy. So I like to do that kind of stuff.” 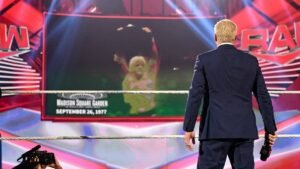 Tony Khan previously noted that fans can expect the next Blood & Guts match to take place ‘this summer’.

She is scheduled to defend her gold against Serena Deeb at AEW Double or Nothing on May 29.

The AEW Women’s Champion last defended her gold against Nyla Rose at Battle of the Belts II.

30 mins ago by Amanda Savage