Previous reports indicated that ROH’s previous management team had been in talks with Kross about an appearance at ROH Supercard of Honor in April, however these talks ended following Khan’s acquisition of the promotion.

It has now been reported that AEW reached out to Kross for a match against Wardlow ahead of Double or Nothing, but the two sides couldn’t come to terms on a deal.

Speaking on In The Kliq, Khan confirmed that he’d be open to Kross wrestling for either AEW or ROH in the future, noting:

“I had talked to Killer Kross before. He’s a great guy. I love his voice, he’s got a great voice. He’s a great wrestler, a big, powerful, and fearsome guy. I am interested in him. He does great work and he’s a nice guy. I would be open to him coming in at some point.” 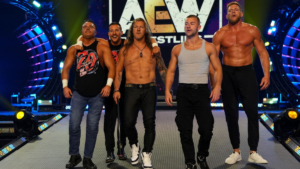 Kross was released from his WWE contract in November 2021. He his debut for NJPW at Lonestar Shootout during WrestleMania 38 weekend, returning to the promotion for the STRONG Collision taping earlier this month.

The former NXT Champion, and his wife Scarlett Bordeaux, have been making making independent appearances since becoming free-agents.

Wardlow had to face a number of opponents selected by MJF, ahead of his match with his former ally at Double or Nothing on Sunday.

Check out the updated line-up for the pay-per-view right here.