During the latest episode of UnSKripted, Francis was asked whether or not he’d consider wrestling for IMPACT.

The former Hit Row member revealed that there were promising discussions had in a Dallas hotel earlier this month, noting:

“Nobody knows this but we did WrestleCon at WrestleMania and IMPACT was at that hotel and I’m just saying that there was very good conversations had.

“There’s still things that need to be looked at and worked out and a lot of discussions that still need to be had but The Hit Makers were in the building.” 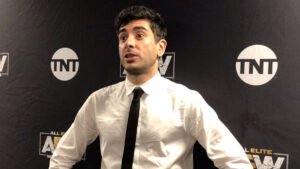 The entirety of Hit Row were released from their WWE contracts during November 2021. Since then, Swerve Strickland has signed with AEW, and Francis, Briana Brandy (B-Fab) and Tehuti Miles (Ashante ‘Thee’ Adonis) have reunited on the independent scene as Hit Makerz.

Stay up to date with every WWE release of 2022 using our tracker right here.

IMPACT Star Would Like To Do Open Challenges For Their Title