Becky Lynch Reveals Whether She Prefers Being Face Or Heel

WWE star Becky Lynch has discussed whether she has enjoyed playing a heel or a babyface more during her accomplished career.

Prior to SummerSlam, Becky had been a heel since her surprise return at the 2021 edition of SummerSlam, where she defeated Bianca in 27 seconds to end her run as SmackDown Women’s Champion. 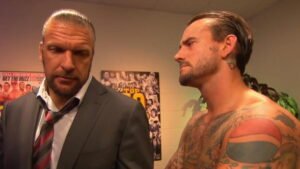 Speaking at New York City Advertising Week, Becky was asked about which side of the fence she prefers being on. Lynch said that being a heel is easier, and more fun to her.

“I think human nature is we just generally don’t want to like people and certainly now, certainly that’s Twitter nature. So you have so much freedom that you can do anything, you can have fun.

“If people don’t like you, ‘well, I’m doing my job well. If people like you, well, you’re so entertaining, how can people not like you?’ It’s a lot easier, it’s a lot more fun in that aspect.

“Being a babyface, I tend to naturally fall into it. I think, honestly, I’m not the greatest athlete in the world and I think my story of perseverance has registered with a lot of people. Fans can get behind that underdog who constantly has to overcome.”

Lynch is currently absent from WWE television due to injury, suffering a separated shoulder during her loss to Bianca at SummerSlam. It is not yet known when she will return, though WWE is hoping she will avoid needing surgery and will be back before 2023.

Every WWE Wrestler Name Change Of 2023

15 mins ago by Liam Winnard

Former WWE Champion Thanks Fans For Their Return

52 mins ago by Dave Adamson

Former Women’s Champion ‘So Down’ For Intercontinental Title Shot