An update has emerged on the wrestling futures of Mark & Jay Briscoe, following ROH Supercard of Honor.

After losing the ROH Tag Team Championship to FTR during the April 1 event, the Briscoes appeared to bid farewell to ROH.

This came after a report that a person of influence in WarnerMedia did not want the brothers in AEW, following Jay Briscoe’s homophobic tweets from 2013. AEW President Tony Khan notably owns ROH.

In the latest edition of the Wrestling Observer Newsletter, Dave Meltzer noted that it appears that Mark & Jay are looking to become regulars in IMPACT Wrestling, seemingly supporting the report that they are not expected to sign with AEW.

The Briscoes have been announced for the April 24 IMPACT TV tapings. The duo debuted for IMPACT at the Multiverse of Matches taping during WrestleMania weekend, against The Good Brothers. 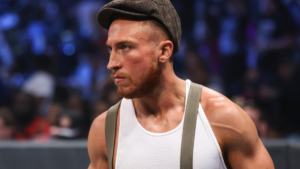 Gallows: I don’t know. We just go where they send us.

Anderson: Hey, we’re big fans of The Briscoes too. Those guys have been — they’ve been our, you know, professional friends for a long time and they’re big stars man and like, big wrestling guys and I think that, you know…

Gallows: Having them in IMPACT is a big coup man, it really is and I think that they’re gonna light the tag team division on fire too. It’s just the problem is we’re in there so…

It is currently unknown whether The Briscoes have signed with IMPACT Wrestling. We will continue to provide updates as they become available.

21 hours ago by Amanda Savage

FTR Vs. The Briscoes III Stipulation Match Made Official