Touting massive revenue increases, WWE execs had a lot to brag about on today’s Q1 earnings call including a note about possible expansion.

In today’s WWE Q1 earnings call, Vince McMahon, Nick Khan, Stephanie McMahon and Frank Riddick presented on behalf of the WWE on their financial health during the first quarter of 2022.

On the call, WWE Chief Financial Officer Frank Riddick answered a question about expanding the Performance Center to potentially including alternate locations. 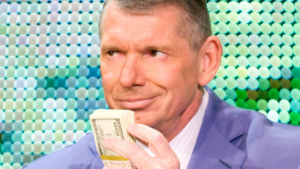 Frank Riddick says WWE is looking at expanding and improving its Performance Center system, but there are no details or decisions made yet.

Elsewhere in the earnings call, Nick Khan discussed the continued partnership between WWE and A&E to produce WWE-themed content which seemingly includes the previously announced project helmed by Cody Rhodes focusing on his father, the American Dream, Dusty Rhodes.

Also during the call, Stephanie McMahon described the importance of WWE targeting self-identified gamers for their content, including mentioning a new game.

55 mins ago by Liam Winnard