WWE Has Plans For Roman Reigns To Become A Crossover Star

WWE President Nick Khan has stated that WWE has big plans for Roman Reigns to become a crossover star.

A number of former WWE stars have made successful jumps to Hollywood and other non-wrestling ventures, including John Cena, Batista and The Rock.

Speaking with The Town with Matthew Belloni, Nick Khan noted that he sees potential in Roman Reigns to do the same, stating:

“We think he’s certainly up there, and we have big plans with him to help him crossover, which we think will be great for him and certainly great to do with him. Yeah, we think he has that.” 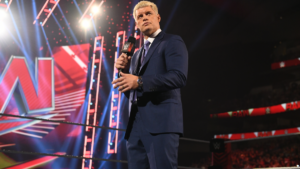 Reigns had previously confirmed that he’s interested in pursuing a Hollywood career, stating that it would ideally be the next step, back in April 2021.

The Tribal Chief became the undisputed WWE Universal Champion at WrestleMania 38 after defeating Brock Lesnar for the WWE Championship.

Stay up to date with every title change in WWE of 2022 using our tracker at this link.