It would appear WWE UK and Cruiserweight star Mark Andrews has come down with injury.

Disappointed to say I won’t be at @DownloadFest for @WWENXT this weekend due to an elbow injury.

Have a great time if you’re going, and make sure to check out the NXT tent throughout the weekend!

The Welshman was scheduled for a meet-and-greet during Download Festival this weekend, but unfortunately for fans of Mandrews, an elbow injury is keeping him from making an appearance. It’s unknown at this time how long he will be out of action. 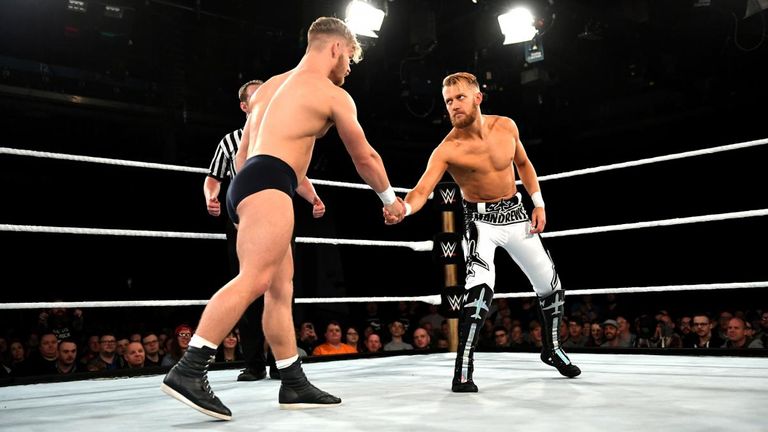 Mark Andrews first appeared for WWE in the 2017 United Kingdom Championship Tournament. He made it all the way to the semi-finals before losing to Pete Dunne. Since then, he’s made sporadic appearances on NXT and 205 Live.

Were you expecting to meet Mark Andrews this weekend at Download Festival? Let us know in the comments below or get in touch with us on Twitter.