Liv Morgan Says She Will Be In The MCU

A WWE star is trying to manifest their future and said they will be in the MCU.

Liv Morgan has been having the greatest year of her young career, winning the Money In The Bank Ladder Match and going on to cash in to defeat Ronda Rousey for the SmackDown Women’s Championship.

Morgan is not only accomplishing goals inside the squared circle, but she is gaining success outside of it with her upcoming role in the film, The Killing Room, alongside Uma Thurman, Samuel L. Jackson and Joe Manganiello.

Speaking with Ryan Satin on Out of Character podcast, the SmackDown Women’s Champion says that there are even more projects in the works. 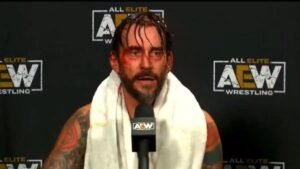 Update On Investigation Into AEW All Out Backstage Fight

“I have another secret little project coming up and there may be more after this one. I pretty much want to tell everyone and I can’t, so that was my way of talking about it to get it off my chest.”

Morgan continued on to manifest a speaking role in the Marvel Universe, saying:

Liv Morgan will defend the SmackDown Women’s Championship against Ronda Rousey in an Extreme Rules Match at the titular premium live event on Saturday, October 8.

For the updated lineup for the Extreme Rules event, click here.